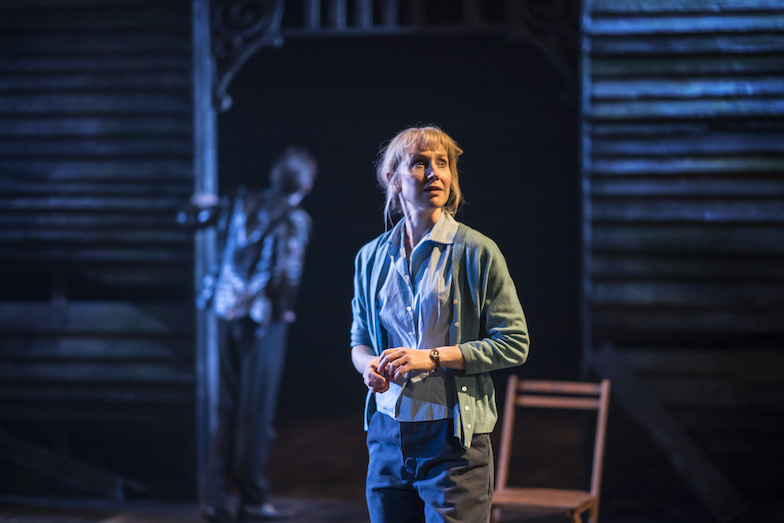 Fresh from directing the successful Home, I’m Darling in the West End, Tamara Harvey takes the helm for this revival of one of Tenessee Williams’ lesser-known works. A rewrite of his 1940 text Battle of Angels, it’s a modern retelling of the ancient Greek Orpheus myth. In this rendition, the great musical charmer is Val, a young man with a guitar, a snakeskin jacket and a dubious history. He lands a job in a goods store run by a middle-aged woman called Lady, whose elderly husband is dying, and who has a rather interesting past herself.

It’s one of Williams’ more unusual plays and explores a wide range of challenging themes including guilt, regret, solitude and bigotry. The text itself is a little clumsy and heavy handed – at times it becomes bogged down in the weight of its symbolism, while a handful of plot turns are a bit of a stretch. We didn’t find it credible that in a small town which thrives on gossip, it would take years for the truth about the perpetrator of arson attack to come out.

Thankfully this production has much to recommend. The staging is wonderfully simple and effective – it’s quite a sparse design, allowing the focus to be on the characters and Williams’ often poetic dialogue. There’s some absolutely superb acting here – Hattie Morahan is exceptional as Lady, as we witness her transformation from a defensive, guarded woman into one who begins to embrace the thoughts and feelings she has suppressed. Seth Numrich as Val also shines, although we’d have enjoyed a little more swagger.

Overall we were impressed with this new production of Orpheus Descending. It’s not one of Williams’ best known or most loved works and there’s probably a reason for that – it tackles some tricky issues and it often lacks subtlety and nuance in doing so. Yet Tamara Harvey has directed an intelligent reinterpretation of the play, one that really brings out the power in the lyrical quality of Williams’ words, and one that kept us captivated throughout thanks to the sheer quality of the acting.