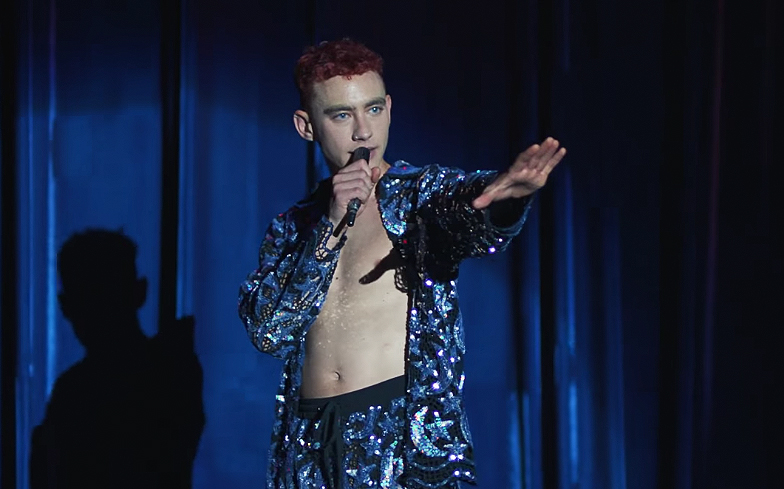 Years & Years have just released one of the best albums of the year with their second collection Palo Santo, which is packed full of queer heartbreak and love.

Frontman Olly Alexander has been unapologetically honest in the songwriting for the record, reflecting upon his own same-sex relationships and sexual encounters.

And while the singer says the new music forms part of his “gay agenda” to get more queer voices to the top of the chart, he admits that there’s still an issue of “casual homophobia” with the industry.

“In many ways, this is the very best time to be a gay artist ever,” Olly told PAPER magazine for his new cover feature, where he’s adorned in classic Versace.

“We wouldn’t be where we are today without all the gay artists that have come before us and broken down so many barriers.

Related: Olly Alexander says he now gets a thrill for being “overtly queer”

“But barriers aren’t gone. Particularly for less privileged members of the queer community. There is this very insidious casual homophobia that exists in the fabric of everything including the music industry.”

He added: “When are we going to see a gay artist really thrive and succeed? Selling out arenas, hitting number ones.

“I guess that kind of happened with Sam Smith, but I just think from my personal experience, the amount of comments like, ‘Oh, this is very gay’ or, ‘This is going to turn some people off’ is a real problem.

“I would hesitate to say, ‘Yes, I’m engineering this brave new frontier of queer music to infiltrate the masses with my gay agenda’.

“But that’s kind of what I want to do and has always been one of my goals. Now seems like the right time.”

Years & Years are currently No.1 on the midweek chart following the release of Palo Santo last Friday.

However, The Greatest Showman soundtrack is not far behind, so fans of the band should download and stream the record to make sure it clings onto the coveted top spot this Friday.

Related: Olly Alexander opens up about relationship with a straight guy