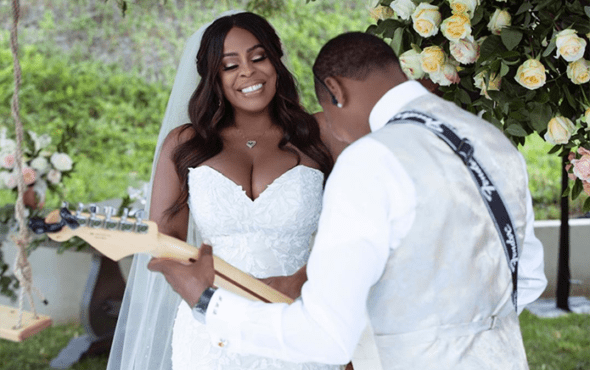 “I was not suppressing my sexuality my whole life. I love who I love.”

Niecy Nash has opened up about her sexuality following her surprise marriage to Jessica Betts.

Earlier this week, the Emmy-winning actress shared a stunning photo from her wedding ceremony to the singer-songwriter on social media. It was the first time she publicly acknowledged her queer identity.

Although fans and publications around the world hailed Nash’s marriage to Betts as her “coming out” moment, the star refutes that claim, saying she was “going into myself.”

“[My marriage] has absolutely nothing to do with gender and it has everything to do with her soul,” Nash said of Betts to People. “She is the most beautiful soul I have ever met in my life.”

The Scream Queens star continued to explain that she’s not “suppressed” her sexuality, and that she’s done “everything I wanted to do on my terms and my own way.”

“I love who I love,” she said. “At one point in my life, I married twice and I love those people. And today I love this person. I’ve done everything I wanted to do on my own terms and my own way. So my choice now in a partner has nothing to do with who I’ve always been. It’s a matter of who I am in this moment.”

Nash continued: “I don’t feel like my marriage is my coming out of anywhere, but rather a going into myself and being honest about who I love. And I’m not limiting myself on what that love is supposed to look like.”

Although this is the first time their relationship has been made public, the stars have posted about one another in the past.

Betts once made an appearance on the TNT comedy-drama, Claws, where she performed a song at the wedding for Nash’s character.

Shortly after the episode, she shared a video of her and Nash with the caption: “I want to give a special shout to @niecynash1. This woman of God, I’m honored and blessed in her presence. She’s anointed and appointed.”

Nash also referred to Betts as her “homegirl”.

“[Jessica] and I were friends, but I never saw her as someone I would date,” Nash told People. “I loved her before I was in love with her because she is such a special human being. But we began to see each other in a way we never had before.

“Sometimes you get so broken by love, you run from it. But I’ve learned that you should always hold space for magic because it can happen at any time.”

You can read Niecy Nash’s full interview with People here, and check out more stunning photos from her wedding ceremony to Jessica Betts below.