Netta on snatching the Eurovision crown, LGBTQ rights in Israel, and release date of new music 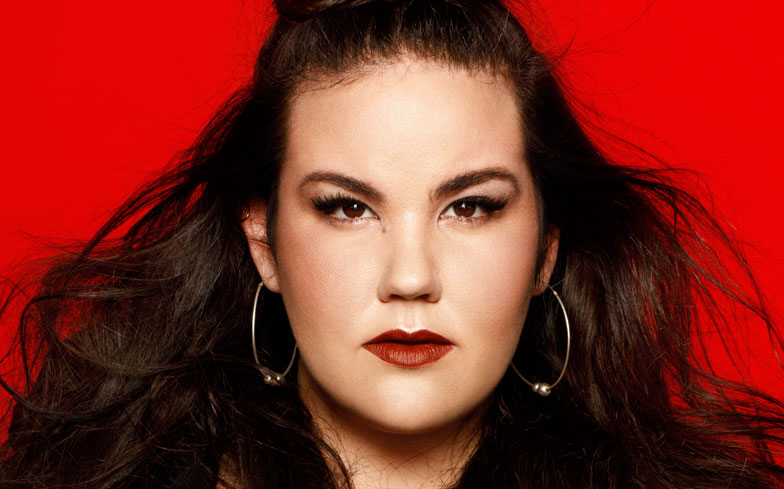 She’s the Israeli Eurovision hopeful that turned clucking like a chicken and giving boys the middle finger into a 2018 winning entry. But will LGBTQ rights be at the forefront of her success?

How life has changed since being crowned 2018 Eurovision champion:
The love is unbelievable. The change people went through in Israel and worldwide is unbelievable. I’m grateful to have a hand in the joy that people are feeling after the win – it’s heartwarming because the truth won with riginality,authenticity. I was trying to be anything else and I worked hard for it all.

The lyrics of her award-winning track Toy in the era of #MeToo:
The song and the performance was what we should refer to as powerful for women. I’m not the average sized pop star and I don’t have the big voice. I don’t sing in the orthodox way; I cluck like a chicken and do whatever I want. I control my situation, don’t wear heels. People fear difference. We are stepping into an era where women are finding their voices – which is amazing. People fear when somebody is changing the order and this should be handled well. You come and take it and you should complain if there are wrongs, but you should also act. The greatest victory, for me, is when I’m on stage loving myself.

On her connection to the LGBTQ community:
Israel is very liberal, so I come from a place which doesn’t see it in a good way. We have the biggest gay parade with 250,000 people marching and celebrating themselves, which was epic and the best party ever. My whole team is full of (people from) the LGBTQ community. I don’t see LGBTQ as a thing because you’re just people. You’re just people, and this is all I know. This is all the types of people I’m working with and this is my reality.

On using her performances to raise awareness for LGBTQ rights in Israel:
I should be gentle with what I do. The heart getting closer in Israel is the most amazing thing to have happened, and I do not want to ruin that. Change has to be made with love and not war or to do something to annoy people…. Maybe a little bit, but not to be provocative. I have a responsibility as a person that’s done so many things for loads of people, and I have to do things responsibly. I would think of a way I can make change and raise awareness, but not annoy anyone. This is how I get the most out of this situation. We have to be smart, patient, and modest, and loving.

Related: Monique Heart on racism, conversion ‘therapy’, and the queen who “peed on the stage”

If countries with bad LGBTQ rights should be excluded from Eurovision:
You have to show everybody else that you are there. Be there if you want to fight and show that people in Russia won’t be killed, that it will change, and not to ignore that. You have to change the world and boycotting isn’t the answer. Boycotting isn’t the answer – love is the answer. Go, change, communicate and speak. I believe that is the way.

On where she’d like Eurovision to be held in Israel:
Jerusalem and Tel Aviv are 30 minutes apart – people are making an elephant out of a mouse. This is silly, silly, silly. I think Eurovision will be amazing in both places and also, the thing about Jerusalem and thing about Tel Aviv, it can have the events in Jerusalem and also in Tel Aviv. Israel is six hours drive from end-to-end. This is it and there’s nothing else to say. I am hoping we will have better things to deal with.

On being accused of cultural appropriation in her Eurovision performance:
I grew up on Pokémon and a lot of anime cartoons. I grew up on that culture and it’s what’s in my heart – it’s me. I dressed up like Misty my whole entire childhood. It’s my inner child. This is who I wanted to be and these are my heroes, so I don’t know what they’re talking about. I wanted to respect my idols and do something I thought was cool. Taking inspiration and being creative is important. I don’t want to apologise because I don’t think I did anything wrong. I respected and celebrated me being a citizen of the world. That’s it. I’m not using someone’s anything or what I stole by wearing a kimono. What is that? People have been experimenting through fashion and doing stuff for years and years. If it offended someone then it’s silly to be offended by that. We will get nowhere as a society if we don’t evolve or take inspiration, and respect each other.

On new music:
Two months, sorry. I’m a perfectionist. There’s stuff in the making so maybe sooner, but I am performing and touring now. While I am performing, I am creating and we have to think about what we’re going to say and sing about. No
political message, just fun. This is me.

More information on Netta can be found here.