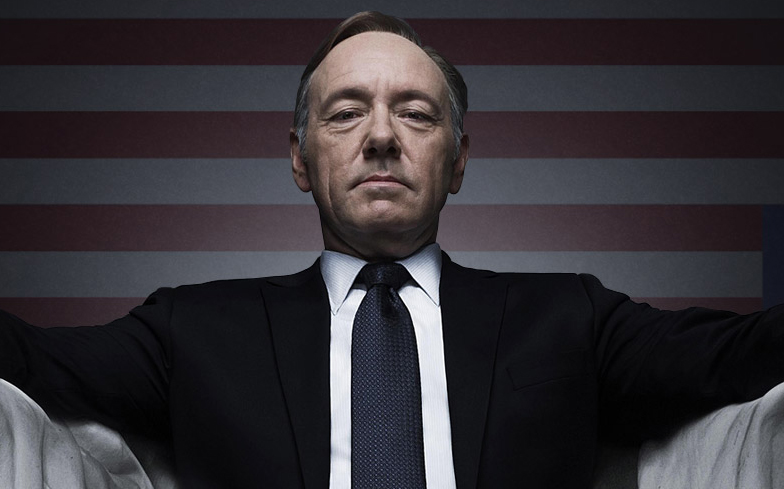 The future of the final season of the political drama is hanging in the balance.

Netflix have confirmed that they have suspended production on House of Cards amid further allegations of historic sexual misconduct against Kevin Spacey.

“MRC and Netflix have decided to suspend production on House of Cards season six, until further notice, to give us time to review the current situation and to address any concerns of our cast and crew,” they said in a joint statement to Deadline.

It comes days after actor Anthony Rapp claimed in an interview that Spacey made a “sexual advance” on him back in 1986, when he was just 14 years old and Spacey was 26. After Rapp came forward, it also encouraged filmmaker Tony Monatana to open up about his alleged altercation with Spacey in a bar back in 2003.

“I went up to order a drink and Kevin came up to me and put his arm around me,” Montana told Radar. “He was telling me to come with him, to leave the bar.

“He put his hand on my crotch forcefully and grabbed my whole package.”

Montana then claims that Spacey told him: “This designates ownership.”

The director was in his 30s at the time, and explained how he allegedly had to physically get Spacey off him. “I put my hand down and turned his thumb back to get his hand off it,” he claimed. “I paid for my drink and got away from him.”

British bartender Daniel Beal also came forward to claim that when he was 19, Spacey exposed himself to him and asked: “It’s big, isn’t it?”

Beal says he backed away from Spacey, and alleges that the actor then insisted on exchanging his £5,000 Portofino watch for his significantly less expensive Casio number.

The 58-year-old has been heavily criticised by the LGBT+ community for deciding to come out as gay as a way to deflect the allegations.

“May Anthony Rapp’s voice be the only one which is amplified here,” he added. “Victim’s voices are the ones that deserve to be heard.”