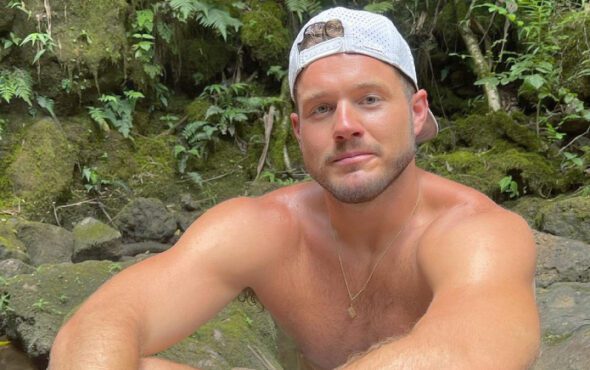 A date has been set for Coming Out Colton on Netflix.

Colton Underwood’s unscripted six-episode series will chronicle the former Bachelor star’s coming out journey as he reveals he’s gay to his family and friends.

Underwood shared news of the release date on his social media channels alongside the first promotional image, which was “captured moments” after he came out to his dad and is “one of the most meaningful parts of my coming out journey”.

“I’m looking forward to sharing more of my story with you including the lessons I’ve been learning along the way,” he added. “Coming Out Colton premieres on Netflix December 3rd.”

Although it was originally reported that Gus Kenworthy would serve as Underwood’s “gay guide” for the series, the Olympic athlete rejected the title in an interview with Advocate.

“It put a sour taste in a lot of people’s mouths, and mine included, because that’s not what I signed up for. I don’t want to come across as if I’m this holier-than-thou educator that knows everything. I don’t. I’m still learning myself.”

However, Kenworthy did admit that he “knows more” than Underwood about being openly gay in the spotlight because he’s been “out for longer”.

“And so I want to try and pass on some of that knowledge to make it a smoother road for him and to help open his eyes because he does have a platform,” he explained, “and he does have an amazing opportunity to connect with a lot of people.”

Earlier this year, Underwood made headlines when he came out as gay in an interview with Robin Roberts on Good Morning America, saying he came to terms with his sexuality due to the coronavirus pandemic and lockdown.

“I’m still nervous, but it’s been a journey for sure.”

Many have taken issue with Underwood for using the Netflix series to monetise his coming out experience, and with the streamer for amplifying the voice of another white cisgender man when other marginalised groups within the LGBTQ+ community are not afforded the same treatment.

Underwood was also accused of coming out as gay to evade accountability for the restraining order that was filed against him by his ex-girlfriend Cassie Randolph. In 2020, Randolph – who Underwood met on The Bachelor – alleged that he stalked her, sent harassing messages with an anonymous number and installed a tracking device underneath her car.

Speaking with Variety a month after he came out, Underwood addressed the controversy by stating: “I never want people to think that I’m coming out to change the narrative, or to brush over and not take responsibility for my actions, and now that I have this gay life that I don’t have to address my past as a straight man.

“Controlling situations to try to grasp at any part of the straight fantasy that I was trying to live out was so wrong.”