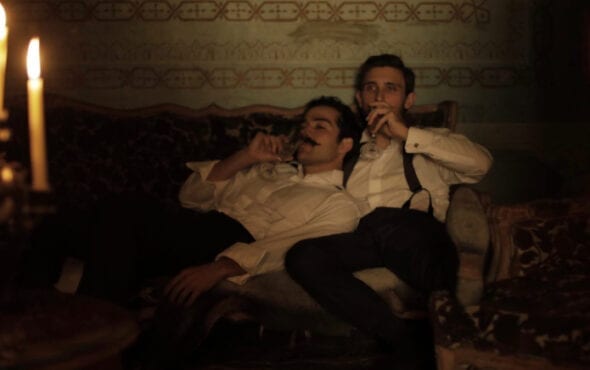 Grab your popcorn and get ready for some prime LGBTQ+ history because Netflix has just released Dance of the 41.

Directed by David Pablos, the movie is a dramatized retelling of an infamous Mexico City police raid on an LGBTQ+ gathering.

The film follows Ignacio de la Torre y Mier – a politician and son-in-law to the President of Mexico – as he starts a forbidden affair with Evaristo Rivas. It explores the strict gender roles of society and the erasure of the LGBTQ+ community.

The title of the film is a reference to the 41 men that were found in the raid, half of whom were dressed as women.

At the time of the incident, reports originally stated that there were 42 men present, with many speculating that de la Torre was in attendance. The official report of the raid was later changed to 41 attendees.

After the infamous raid, the number 41 became a taboo topic in Mexican society. This led to many people and businesses avoiding the number altogether.

Speaking with NBC News, Alfonso Herrera, who plays de la Torre, spoke about the complicated story of his character.

“What would have happened if Ignacio was not discovered as a gay man? He would have been one of the important Mexican figures from our history, but he was taken away from that because he was gay.”

He also spoke about his on-screen love interest Emiliano Zurita and the close relationship they developed for the film.

“I admire Emiliano a lot because he’s 10 years younger than me, and he was very brave to accept this role, specifically in the society that we live in,” Herrera explained.

“This bond we created is not just me knowing Emiliano; it’s literally understanding him, feeling comfortable and connected with him as a person.

It was reported that the arrested men were sent to Yucatán to dig up trenches and sweep floors.

Watch the full trailer for Dance of the 41 below.