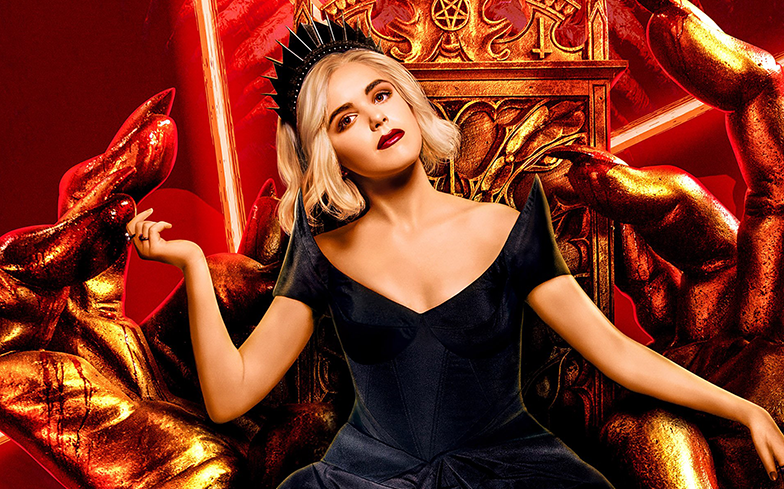 “Netflix cancelled Sabrina what the gay fick fuckery is going on.”

Chilling Adventures of Sabrina has been cancelled at Netflix. The beloved fantasy series, which stars Kiernan Shipka as the titular teenage witch, will return for the eight final episodes of season two later this year.

“I am beyond thankful to the crew, writers, editors, assistants, and everyone for pouring so much love into this dark dream of a show.” He also shared a photo of Shipka reenacting an iconic pose from the original Sabrina comic.

Our final chilling adventure begins this fall on @netflix. Hold on tight. So proud of this show, so grateful to everyone who worked on it…#sabrinanetflix! 🖤📺🎭🏆🌈💋👠⭐️ pic.twitter.com/iZ4f1bJvaM

Over Instagram, Shipka posted a behind-the-scenes photo of herself in character as Sabrina Spellman with two demonic characters alongside the caption: “FINAL PART LETS GOOO WITCHES!!!!!!”

Fans of the critically-acclaimed series did not take the news well.

Sabrina is THE SHOW to stan! Where is the black folks on riverdale??? Netflix wtf! #SabrinaNetflix pic.twitter.com/sSNwtnDeyD

Sabrina being cancelled before riverdale?? 2020 is so full of shite pic.twitter.com/yfxqscwtTJ

Netflix cancelled Sabrina what the gay fick fuckery is going on pic.twitter.com/5HuBglDgkm

Despite everything, Sabrina had one of the most diverse casts. It had so much representation. Openly gay characters, a trans character played by Lach who is nb, black&poc characters etc. Part3 may have missed the mark but this show was important to so many💔 #savesabrinanetflix pic.twitter.com/vdegVWrGBS

What the fuck they’re canceling Sabrina? That’s such an entertaining show ugh pic.twitter.com/Utai5DNFxE

Sabrina is getting canceled, wtf. I mean look at these precious baby’s. Eh Netflix, I might have to kill you. #Sabrina #SabrinaNetflix pic.twitter.com/SGmIdH6V58

In an interview with The Wrap, Aguirre-Sacasa – who also created Riverdale – confirmed that the rest of season two is still shooting and said each episode is “like its own mini horror movie”.

The first three parts of Chilling Adventures of Sabrina are available to stream now on Netflix.