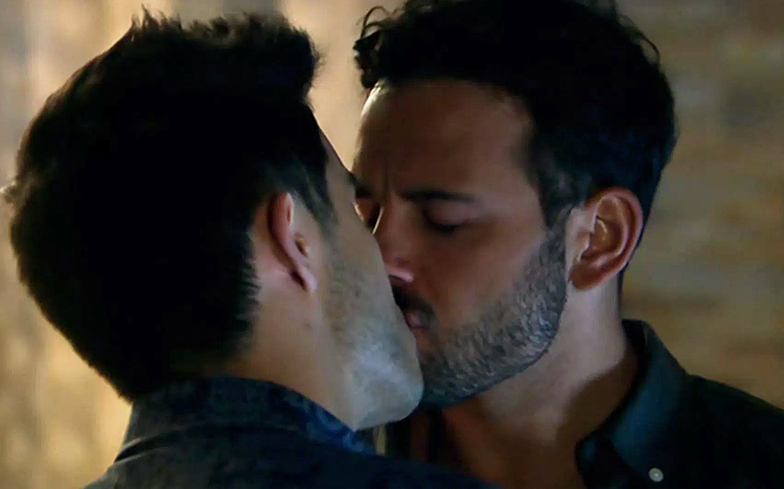 Neighbours fans are praising the show for its thoughtful portrayal of gay love stories.

“You haven’t done this much, have you?” David asked. “That makes two of us, I only came out last year. I know what it’s like to feel overwhelmed.”

The two moved into the bedroom, where they began making out. But when David tried to remove Rafael’s clothes, he revealed he was too scared to show off the scars on his back, which he received during a fire.

“You don’t have to be nervous. I know what its like to be self-conscious, but it’s just you and me here,” comforted David, and the two eventually spent the night together.

David could possibly be the perfect boyfriend for Raphael, but there's so much he doesn't understand. #Neighbours pic.twitter.com/uC6ah0U3ya

Fans have been sharing their adoration for the “fantastic” scene on social media, praising the show for allowing gay characters to share more “intimate” moments together on screen.

Catching up on this week's Neighbours so far and it's been fantastic. Izzy is great and that David/Rafael scene was 🙌🏻🙌🏻🙌🏻 #Neigbours

I haven't watched #Neighbours in awhile, but did see yesterday and that scene with David/Rafael is the most intimate gay romantic scene they've done, given the show is considered conservative. They've had a lot of gay couples, but have they shown two men in bed before yesterday?

The scene in @neighbours the other day where Rafael shows David his scars was so beautifully done…@takayahonda @ryanjamesthomas and everyone involved well done.x

Speaking to Digital Spy after the scene aired, Takaya Honda, who plays David, said: “As a doctor, David handled the situation really well and the scene opened him up so much – when he sees and feels the scars for the first time.

“That scene was particularly nice and actually the final scene is very different to what was originally written. When we were filming, the director on the day made it clear that he was happy for us to interpret and work together to make the scene as powerful as possible.

“I think the scene is a true exposé for both characters. David is so happy because he feels that Rafael has finally opened up to him.”