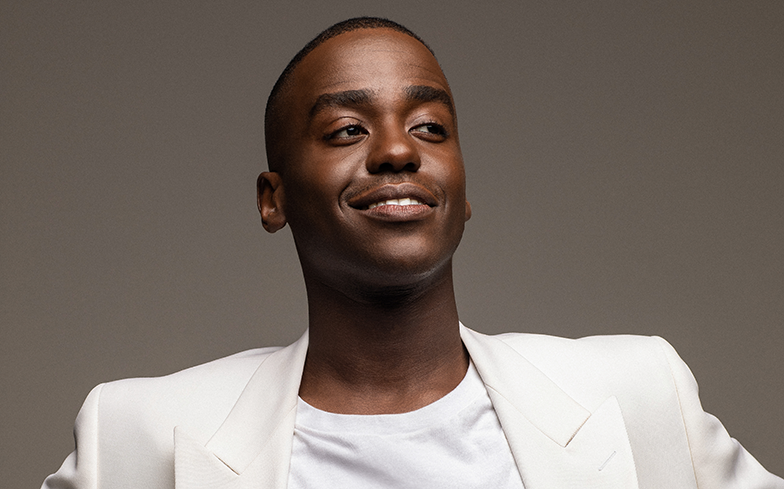 Ncuti Gatwa says audiences will have many “opinions” about the queer storylines in Sex Education season two.

The British actor, who received universal acclaim for his performance as Eric in the Netflix teen drama last year, spoke with co-star Connor Swindells for the latest issue of GAY TIMES to discuss the highly-anticipated sophomore season.

When asked by Connor, who plays Eric’s closeted love interest Adam, how he would describe the dynamic between the characters in season two, Ncuti said: “More complicated. Heartbreaking, a bit. But full of heart, yeah.”

He continued: “There’ll be opinions, bro. There’s going to be opinions! I would describe it as heartbreaking because Adam is so human. What you’ve done with him is very clever, he’s so human and there’s so much pain in Adam’s eyes as well.”

The first trailer for the season premiered earlier this week and confirmed that Eric receives a new love interest in French student Rahim (newcomer Sami Outalbali), shocking Eric and Adam stans who hoped they would continue their romance.

While Ncuti and Connor didn’t go into detail about the potential love triangle, the former did say that we’ll learn a lot more about our favourite characters and that season two will “delve a lot deeper” into their past.

The first season received universal critical acclaim from fans and critics for the cast’s performances, for tackling sensitive subjects and its diverse representation of the LGBTQ community, receiving a 91% approval rating on Rotten Tomatoes.

The Netflix Original follows a sexually awkward teenager who lives with his sex therapist mother. It garnered over 40 million viewers in its first week of release, making it one of the streaming service’s most successful shows of all time.

The first season received universal critical acclaim from fans and critics for the cast’s performances, for tackling sensitive subjects and its diverse representation of the LGBTQ community, receiving a 91% approval rating on Rotten Tomatoes.

Season two premieres 17 January on Netflix – watch the trailer below.