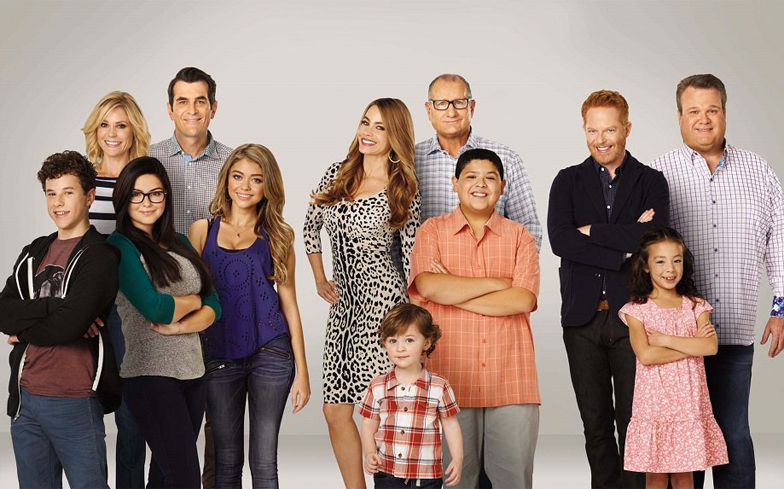 Has Modern Family got another LGBT+ character in its roster?

Sarah Hyland, who plays Haley Dunphy in the hit comedy series, was asked by a fan on Twitter whether or not she could confirm fan theories that her character is indeed bisexual.

“I don’t know what the writers would say?” she replied. “But I confirm.”

I don't know what the writers would say? But I confirm. https://t.co/KfRXMvCvl8

While her character Haley has never had a female love interest on the show, that of course doesn’t rule out the possibility for it to happen in future seasons.

Her potential bisexuality has also been hinted at more than once in previous episodes, including a recent scene (season 9, episode 1) where an androgynous person made a flirtatious comment towards her and her brother.

“Whatever it was, it was into me, and I’m kissing it,” her character responded.

In another episode (season 8, episode 20) Haley appeared to flirt with another woman who helped fix her family’s car, before explaining to her sister: “What? She’s awesome… it’s confusing.” Naturally, fans who’ve long speculated Haley’s sexuality were ecstatic at the revelation, however Sarah later confirmed that it was only her opinion, and she doesn’t know the official stance of the show’s writers.

“Just to clarify, I haven’t been told nor is there anything written that would indicate Haley is bisexual,” she wrote.

Just to clarify, I️ havent been told nor is there anything written that would indicate Haley is bisexual. That's just my personal opinion!

Back in 2015, actor Reid Ewing, who plays Haley’s on-off boyfriend on Modern Family, confirmed that he was gay on social media when a follower asked if he had come out of the closet.