MNEK on his Christina Aguilera duet, LGBTQ icons, and the importance of queer visibility 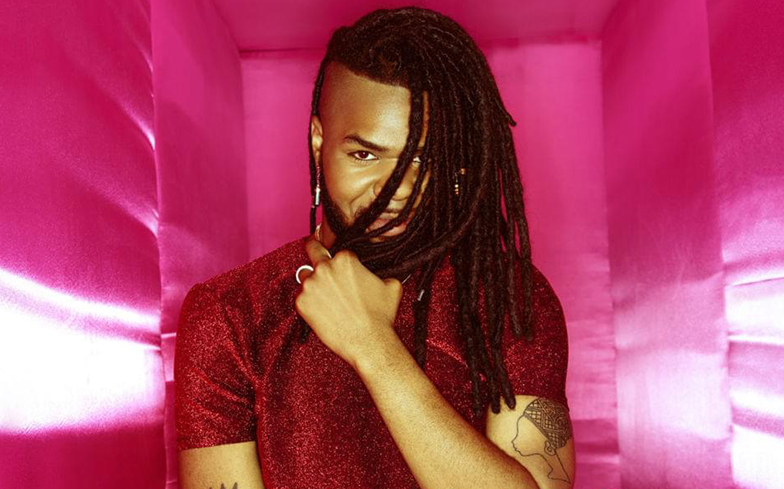 After almost a decade of being the creative mastermind behind your favourite pop hits – think Kylie, Madonna, Dua Lipa and Beyoncé – the out singer-songwriter from London is finally on track to release his debut studio album later this year.

But not before he unleashes a few more high-profile collaborations onto the world of pop, including his new single Colour with Hailee Steinfeld, and a duet with Christina Aguilera (can you believe!?) which he opens up about to Gay Times here.

We caught up with MNEK following his Birmingham Pride performance to talk about the importance of queer visibility in the music industry, his hotly-anticipated debut album, and the one R&B diva he’s yet to collaborate with…

Why, in your opinion, do we still need to celebrate Pride in 2018?
When everything around us is telling us that we shouldn’t speak up or be ourselves, and with all the political barriers we’re facing, Pride in 2018 means the most. Because if you are willing to be your true self in a world that’s telling you that you shouldn’t, that’s so much more courageous, so much more manly – because homophobes talk about ‘manly this’, and ‘manly that’. There’s so much courage that comes with being your true self, and people underrate that. For me personally, performing at Pride means I get to sing for my people, it means I can dance, it means that there’s literally no reason why I shouldn’t exhibit my true self, and I love that. I love the crowds, I love performing with my band, and I’ve got my four dancers – my kiki, that’s what I call them. It was a great vibe, and my first show in two years! So it was very fun.

How important is it for you to be openly gay in the music industry?
Well, I’m an openly gay man, so I have to be openly gay everywhere else. It just makes sense. There have been people who have told me in the past, ‘Maybe you don’t have to play on the gay thing so much’. And they’re probably right, I don’t have to, but I want to. No one asks to be ostracised or critiqued, and there are so many weird comments that have come from everything I’m doing, but the amazing comments are so much more impactful, you know? Like the Tongue video, when I put that out I got such a different perspective of what I can do with my career, how I can help people feel comfortable with themselves, and how I can help me be more comfortable with myself.

Tongue is such a great queer anthem, but how are you going to top that?
Well I have my new song Colour with Hailee Steinfeld, we’ve just shot the video for that. The album’s out at the end of the year, it’s all been mastered and finished – it’s so weird to see the album cover and the tracklist and all these little things finalised. I’ve got more shows coming up too, including a headline show in London on 19 June. There’s so much exciting stuff happening!

There aren’t many openly gay people of colour in the mainstream music industry – do you feel a responsibility to be a spokesperson?
The thing about this experience is that there’s no one I can look to as a template, so I don’t know what the fuck I’m doing! The best thing for me to do is to have fun, to try and figure it out, to make my mistakes, and really put out a positive message as an openly gay black pop singer. Maybe there is a responsibility, because there isn’t anyone else I see like me, but more so I just see it as, ‘Let me have loads of fun and see what I can do’. I have an amazing creative team around me, everyone’s gay and amazing and black, and they just get it.

As it’s Pride season, who are your LGBTQ icons?
George Michael, I think he’s really great. Sylvester of course, I think he’s amazing. You know what, there are so many people of colour, and people who are LGBTQ, who have really helped pave the way for me to do what I get to do – and the same for all of us. Because it’s like, we couldn’t all have just come out going, ‘Yeah, let’s be ourselves’. We had to see some kind of template or example before us. So I guess there’s an LGBTQ icon in everyone.

You’ve written for Christina Aguilera’s new album, which is incredible. What can you tell us about that experience?
Well this Christina song that’s about to come out is really fun, because it’s a duet. She invited me and my best friend Ryan to her birthday party a couple of years ago, she was wearing a candy floss wig and was really drunk, and the thing is we had some really fun moments. She’s really hilarious! She’s a Sagittarius, and I know a lot of them, and I think I can gauge them and work with them really well – I’m a Scorpio so I’m different – but yeah, I really liked working with her.

So it’s actually a duet with Christina?
Yeah, it’s a duet. I’m singing with her. I ain’t credited… but it’s fine. It’s cool.

At this point, is there anyone you haven’t worked with?
I’ve been so blessed to work with all my favourite artists as a gay man. There’s Beyoncé, there’s Madonna, there’s Christina, there’s Kylie, so it’s great, I get to explore the fantasy of that, you know? [But] I want to work with more. I’ve cracked this dream of finishing my debut album, and working with all these other people. My next dream is to work with Mariah Carey – that’s the next goal. It has to happen now. I’m gonna be promoting this album, but I won’t rest until I work with Mariah.