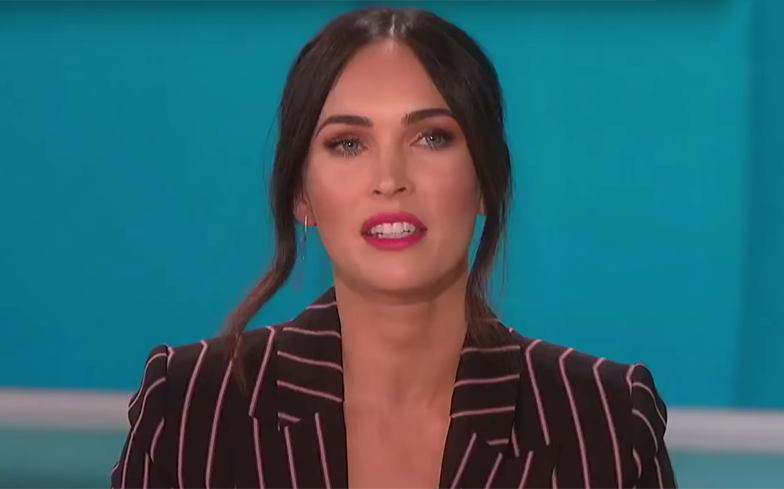 “I’m trying to teach him to be confident no matter what anyone else says.”

Megan Fox is teaching her six-year-old son to be more confident after he was bullied at school for wearing dresses.

During her appearance on The Talk last week, the American actress said her son Noah loves fashion and likes to wear dresses. She thought he would avoid being bullied because the school he attends is “really liberal” and “hippy”.

“But even there, here in California, he still has little boys going, ‘Boys don’t wear dresses,’ or ‘Boys don’t wear pink,'” she explained. “So we’re going through that now, where I’m trying to teach him to be confident no matter what anyone else says.”

Fox said he stopped wearing dresses because of the bullying, but eventually returned to school wearing one.

“He came home and I was like, ‘How was it? Did any of the friends at school have anything to say?’” she continued. “And he was like, ‘Well, all the boys laughed when I came in, but I don’t care, I love dresses too much.’”

In 2017, Fox and her husband Brian Austin Greene received criticism for allowing Noah to wear a Frozen-inspired costume.

“My son, he’s four,” he explained at the time. “I’ve heard from some people that they don’t agree with him wearing dresses. To them I say, I don’t care. He’s 4 and if he wants to wear it, then he wears it.”

Watch Megan Fox discuss her son’s love for dresses on The Talk below.