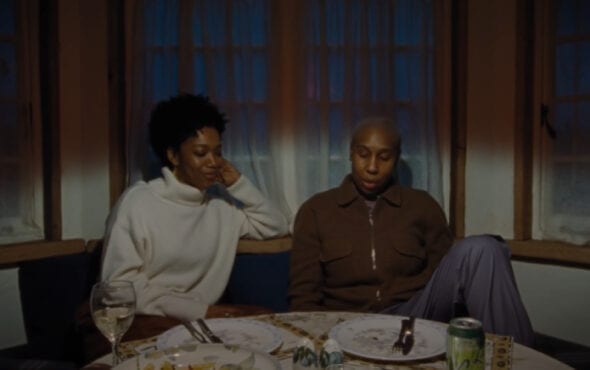 The third season of Master of None will follow Lena Waithe’s character Denise and her partner Alicia, played by Naomi Ackie.

Subtitled Moments in Love, the trailer for the Netflix series depicts the couple living in a countryside house as they go through the trials and tribulations of marriage.

Denise and Alicia also struggle with fertility, as well as personal growth “both together and apart”.

According to a synopsis: “Fleeting romantic highs meet crushing personal losses while existential questions of love and living are raised.”

It’s clear that a significant period of time has passed since the show’s second season, which aired in 2017, as the last time we saw Denise, she wasn’t involved with Alicia, let alone married.

The first two seasons of the comedy-drama were led by Aziz Ansari, who also created the series with Alan Yang. Following accusations of sexual misconduct, Ansari is taking a step back from the camera to focus on writing and directing.

Waithe has received universal critical acclaim since the show’s debut for her performance as Denise. The star also wrote the season two episode Thanksgiving, which was loosely based on her personal experience of coming out to her mother.

In the years since, Waithe has gone on to create television shows such as The Chi (2018-present), Boomerang (2019-present) and Twenties (2020-present). She also wrote and produced the crime film Queen and Slim (2020).

More recently, Waithe has been involved with Amazon Prime’s horror anthology series Them (2021-present) as an executive producer.

The third season of Master of None will premiere 23 May on Netflix.