Cher in Mamma Mia! Here We Go Again is as brilliantly ridiculous as we’d hoped for – review 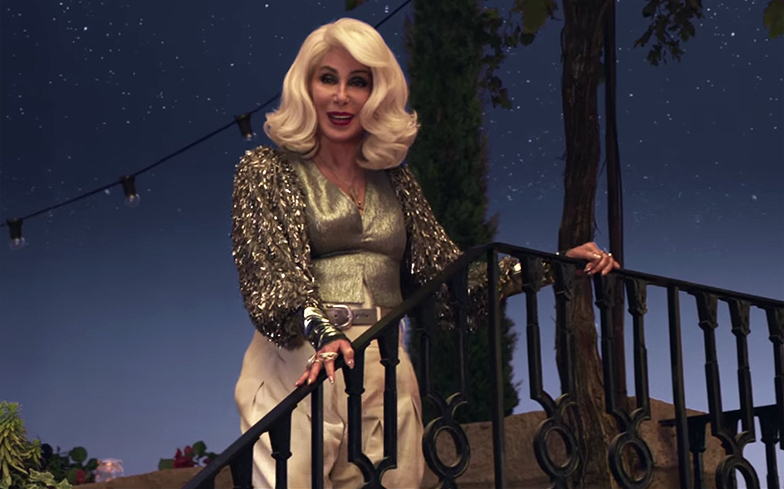 Considering the phenomenon that was the first Mamma Mia! movie – based on the incredibly successful jukebox stage musical that came before it – was there any doubt of a sequel?

Having taken $600 million at the box office, the first instalment far surpassed any analyst’s financial projections. Money, money, money indeed. The bigger problem for a follow-up laid with the fact that all of ABBA’s biggest songs – which form the backbone of the story – had already been used up.

It means that for the perfectly-titled Mamma Mia! Here We Go Again, viewers are left guessing the words throughout some of the lesser-known tracks used. Why Did It Have To Be Me? and One of Us are hardly karaoke staples.

However, having to work with some of the more obscure hits has resulted in everything else about the movie being bolstered up. There are bigger emotional stakes at play, the story spans across the globe rather than just being confined to the Greek island of Kalokairi, and the camp factor has been rammed into a glitter cannon and fired into an explosion of shimmering proportions. Let’s face it: Cher singing ABBA classics after flying to the island in her private helicopter is peak ‘giving the gays what they want’.

It will come as little surprise, then, that Mamma Mia! Here We Go Again is a cheese feast even an extra large Domino’s pizza would struggle to compete against, but it’s the heart and soul at the centre of the characters we’ve come to know and love that saves it from being written off as novelty. Amanda Seyfried’s Sophie Sheridan has spent a year since her mother’s passing to renovate the hotel she lived her life harbouring ambitious dreams for. The grand reopening is an excuse for all the old favourites to reunite – including Sophie’s three fathers, played by Pierce Brosnan, Colin Firth and Stellan Skarsgard.

It also serves as an opportunity for the characters to reflect on their past, in turn introducing Lily James as a younger version of Donna Sheridan (played by Meryl Streep in the original) finding her way in the world after graduating back in 1979. The film flits between the two time periods effectively, adding emotional heft to the plot that unfolds in each.

Lily James is a revelation in this role, stepping forward as a triple threat performer. Her vocals are clear and strong throughout ABBA’s finest, her dance moves are energetic and natural, and her performance as Donna is engaging and likeable.

Her story essentially tells the origin of the first movie and how she came to meet each of Sophie’s prospective three fathers. ABBA classics like Waterloo, Knowing Me, Knowing You, and another outing for Mamma Mia drive her journey to her dream home of Kalokairi forward. Director Ol Parker frames many of the musical numbers as if they were their own music videos, giving each sequence a knowing sense of theatricality.

While some picked holes in the script for the first film, Mamma Mia! Here We Go Again has no such problems. Each character has depth, and the plot breathes with both humour and heartache. Christine Baranski and Julie Walters continue to be comic relief as Donna’s besties Tanya and Rosie respectively, while their younger counterparts Jessica Keenan Wynn and Alexa Davies capture their adolescent beginnings with striking uncanniness.

And then there’s Cher. The pop icon joins the film as Donna’s estranged mother and Sophie’s grandmother Ruby Sheridan. The best one-liners are saved for her, and her sequence for a duet with Andy Garcia on Fernando is as brilliantly ridiculous as we’d hoped for.

It leads into a poignant and powerful finale that will have you sobbing every time. Trust us, you’ll never be able to listen to My Love, My Life without turning into a bawling mess from here on in. You have been warned.

Mamma Mia! Here We Go Again is in cinemas now.