Madonna performs with 4 holograms of herself at Billboard Music Awards 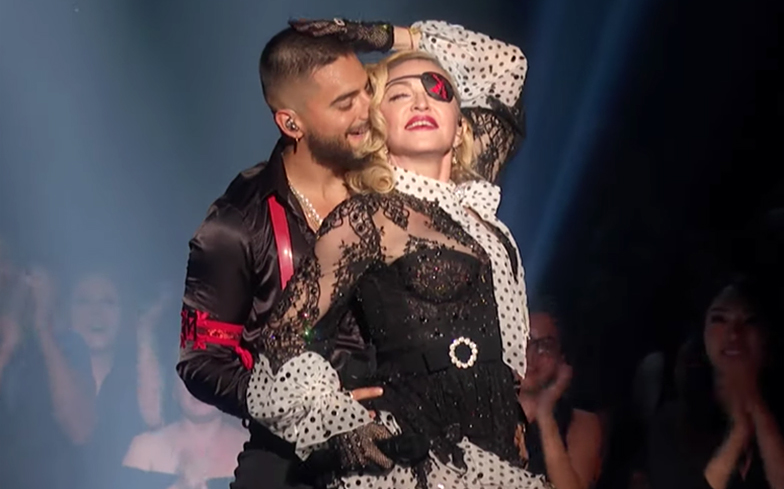 Madonna continues to push the boundaries of live performance.

Following the release of her Latin-infused, summer-ready new single Medellín, the Queen of Pop took to the Billboard Music Awards stage on Wednesday night to deliver the debut live performance of the track, and it was incredible.

The show-stopping performance started with a minimal, outdoors set which saw Madonna sing with holograms of herself in four different looks from her Madame X campaign, before joining collaborator Maluma and dancers on stage for a party in a bar.

Watch the performance, which is rumoured to have cost $5 million, below.