Love, Victor is finally coming to Disney+ in the UK 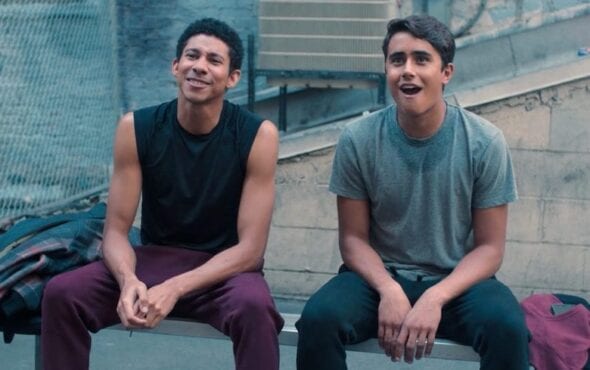 The first season of Love, Victor will finally be available to stream in the UK.

Set in the same world as Love, Simon, the series focuses on Victor (Michael Cimino), a new student at Creekwood who is on a journey of self-discovery as he struggles to come to terms with his sexuality.

Although the critically-acclaimed spin-off premiered in the United States back in June, in which it became the number one most-watched drama on Hulu, it failed to find a home overseas.

However, it has confirmed that the title will arrive on Disney+ from 23 February on Star; the sixth brand to launch on the service alongside Marvel, Pixar, Star Wars, National Geographic and Disney.

Star will double the amount of content available on Disney+ and will include productions from Disney’s creative studios, such as Disney Television Studios, FX, 20th Century Studios and 20th Television.

Series and films that have been confirmed to debut on the service include 24, Atlanta, Black-ish, Desperate Housewives, How I Met Your Mother, Lost, Prison Break, The X-Files and the Die Hard movie franchise.

Star have also announced an original series from Big Little Lies alum David E. Kelly called Big Sky, which will follow two private detectives as they search for two sisters who have been kidnapped by a truck driver. When we spoke with Love, Victor showrunner Brian Tanner about a second season, he confirmed that the first two episodes were being written, but explained the difficulties caused by COVID-19.

“Obviously with coronavirus and everything going on right now, we’re a little bit up in the air as to when this might go back into production,” he told GAY TIMES, “but we’re hard at work coming up with new stories for the show and we are very optimistic for the future.”

So what could happen in the second season? Well, aside from addressing the massive cliffhanger, we asked lead actor Michael Cimino where he wants to see the show go in the future.

“I’d really like to see the dichotomy between the family and the struggles that the parents have,” he said. “I’m excited for the process of the second season, we’re all excited to expand our characters and that universe more, for sure.”

You can watch the trailer for Love, Victor season one here or below.