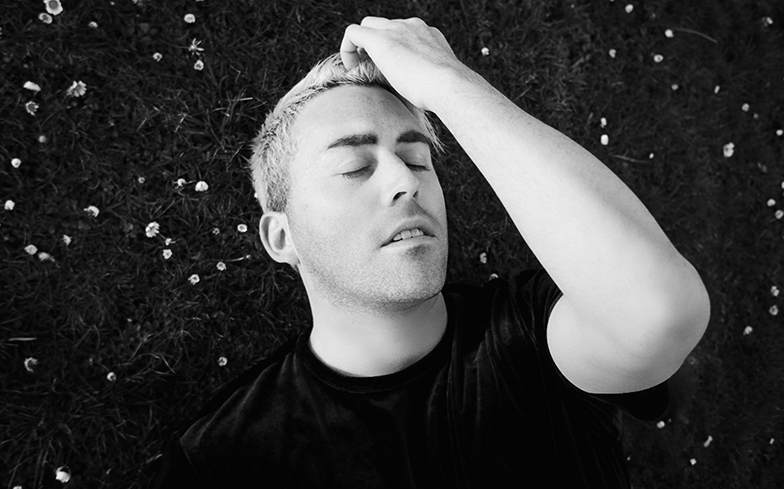 Leland is starting to become one of the most reliable singer-songwriters in pop.

His latest single, Another Lover, is the latest track taken from his highly-anticipated debut EP, which will also feature his critically-acclaimed breakup anthem Middle of a Heartbreak.

It’s another massive synthpop number from the performer and we are obsessed. When we spoke to Leland earlier this week, he explained the inspiration behind the track.

“I was inspired to write Another Lover by being in a relationship that was incredibly passionate and intense,” he told us. “I wanted to convey in a lyric how much I fucking loved this person besides saying “I love you”.

“The song is about sneaking away with your partner to a hotel in the dessert or on the outskirts of town for the weekend.  For me, I pictured the mid-century, romantic resorts in Palm Springs where it’s hot at night and fucking beautiful.”

He wrote the song with “two of the most important creative partners” in his life, Troye Sivan and Allie X.

“Over the years, we’ve written songs for Troye and Allie’s projects so to have a song for mine is really special, and I’m so glad it’s Another Lover,” he continued. “The best place to listen to Another Lover is in the shower making out with someone!”

Leland has previously penned pop-bops for artists such as Troye Sivan, Betty Who and Selena Gomez, and co-wrote Kardashian: The Musical, VH1 Divas Live and Kitty Girls – three of Drag Race’s most sickening episodes ever.

When we spoke to the critically-acclaimed singer-songwriter earlier this year, he told us why he decided to become a solo artist.

“It was about becoming comfortable with who I am, so that I can sing the lyrics that I want, and write the songs that are authentic to me,” he explained.

“I’ve written so many for myself over the years, but had never put anything out with the right push as Leland, because I knew that it wasn’t really me.”

You can read our full interview with Leland here. Listen to Another Lover below.