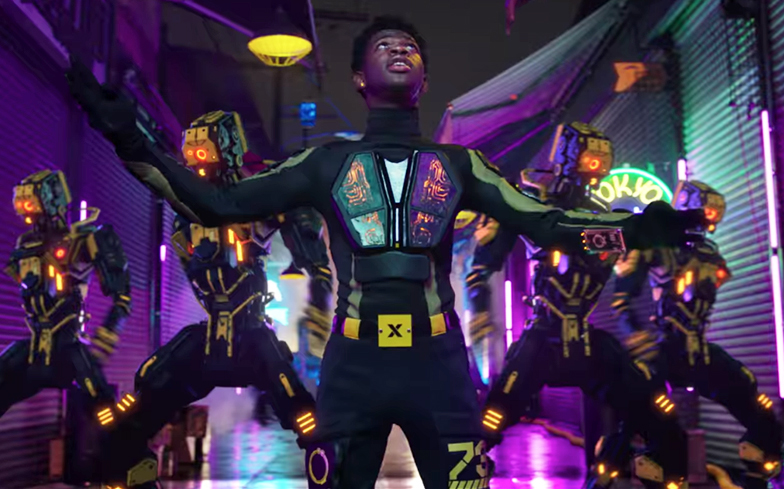 Lil Nas X has dropped his music video for Panini.

Following on from the stratospheric success of debut single Old Town Road, which officially became the longest-running number one in US history earlier this year, Lil Nas X is looking to repeat that success with his next single.

The Mike Diva-directed video is set in a futuristic world with jetpacks, dancing robots and flying cars, as Lil Nas X chases Disney star Skai Jackson around the city trying to win her over as a fan.

Panini is about the fans who love you when you’re underground, but hate on you once you become a success, with lyrics including: “Don’t you be a meanie, thought you’d want me to go up, why you tryna keep me teeny?”

Watch the video for Panini below.

Shortly after the EP’s release, Lil Nas X opened up about his sexuality by referencing his song C7osure, which features the lyrics: “Ain’t no more acting, man that forecast say I should just let me grow, no more red light for me, baby, only green, I gotta go.”

He later confirmed he identifies gay in an interview with BBC News, admitting he considered “taking it to the grave” but realised he didn’t want to live a lie. He also said he hopes he’s “opening doors for other people” by coming out.