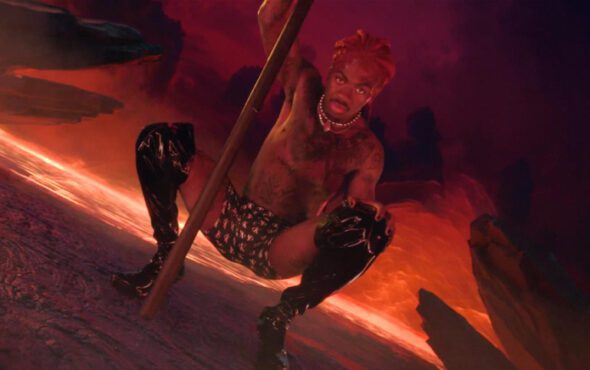 Lil Nas X hired security following the release of his music video for Montero (Call Me By Your Name).

Although the clip received acclaim from the LGBTQ+ community and liberal media for unabashedly celebrating queer sexuality in a way that hasn’t been seen from a mainstream artist such as Lil Nas X, it was widely criticised by right-wing commentators.

Due to the severe backlash from conservative critics, Lil Nas X has revealed that he was forced to hire security. When asked by Variety if he’s ever felt “unsafe as a gay man in public”, the star explained: “Yeah, a lot of the times, absolutely.

“Especially once the Call Me video came out. There was literally someone who chased my car a few days after that video came out, and they were like, ‘Fuck you!’ or something like that. They started to follow the car. That’s when I started getting security.”

He added: “I’m not sure exactly what [led to the abuse] but I feel like it couldn’t be a coincidence — the timing of that and the video.”

Lil Nas X won in the end, as the electro-rap anthem went on to top the charts in 12 countries including the US and UK. It has also surpassed 800 million streams on Spotify.

The 22-year-old was subject to further praise – and criticism – with the release of his video for Industry Baby, which features Lil Nas X in the world’s gayest prison as he twerks with his cellmates and serves nude choreo in a group shower scene.

He told Variety of the video: “If I go to prison and they were already doing it before they even saw the video, I knew people were gonna make those jokes about, ‘Don’t drop the soap’. Like, ‘Oh, he loves to drop the soap’. So it’s kind of… let me beat you to the punch.”

Industry Baby has proven to be another smasher for Lil Nas X, debuting in the runner-up position on the Billboard Hot 100. It’s also on track to become his third top ten hit in the UK.

Both singles, as well as the introspective ballad Sun Goes Down, will be included on Lil Nas X’s highly-anticipated debut studio album Montero, which is due for release in the next few months.