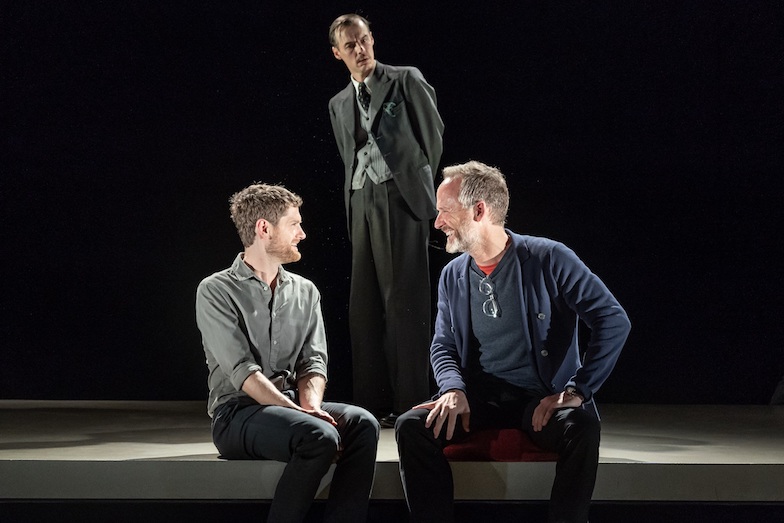 Queer actors, the story of the AIDS epidemic and the relationship between a lesbian and her father taking top nominations for the 2019 ceremony.

The Inheritance, now officially the most celebrated of any play this year, with nominations including:

Elsewhere, The Young Vic production of lesbian story Fun Home was awarded a nomination for Best New Musical, Best Actor In A Musical for Zubin Varla and Outstanding Achievement in Music for Jeanine Tesori and Lisa Kron.

Jonathan Bailey was nominated for Best Actor In A Supporting Role In A Musical for playing Paul in a new gender-swapped, LGBTQ inclusive production of Company.

His co-star Patti LuPone was nominated for Best Actress In a Supporting Role In A Musical alongside multiple other celebrations for the show, including Best Direction for Marianne Elliott.

Company joins Come From Away as receiving the most nominations across the 26 categories – both shows landed nine nominations. Stage and screen giant Sir Ian McKellen was presented with a Best Actor nomination for his performance in the title role in King Lear, alongside Best Actress In A Musical for Sharon D. Clarke for Caroline, Or Change.

Jonathan Hyde also picking up a nomination for Outstanding Achievement in Affiliate Theatre for his performance in Gently Down The Stream.

The Olivier Awards 2019 with Mastercard ceremony will take place on Sunday 7 April at the Royal Albert Hall, hosted by Jason Manford.

A full list of nominees can be found here.