5 LGBTQ films you need to watch this February 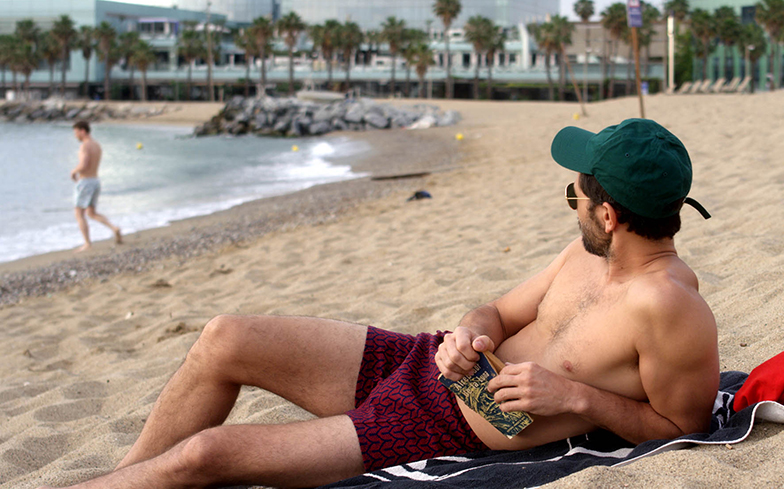 End Of The Century

Here’s what you should be watching this February.

As LGBTQ representation on the big screen continues to improve, things are showing no sign of slowing down, as the year ahead will see a number of major queer-inclusive movies hitting cinemas.

This month alone, we’ve got five movies featuring LGBTQ stories for you to enjoy, from coming-of-age tale Giant Little Ones to critically-acclaimed lesbian period drama Portrait Of A Lady On Fire.

Birds Of Prey (in cinemas from 7 February)

The latest entry into the DC Extended Universe is Birds Of Prey, an incredibly enjoyable movie that’s full of female empowerment, epic fight scenes, quotable dialogue and has some jaw-droppingly stylish visuals. It’s without a doubt the most fun we’ve ever had watching a superhero movie. We’re also confident it’s going to be a hit among queer viewers, largely thanks to its camp humour and epic fantasy scenes – one dream sequence sees Harley Quinn (Margot Robbie) perform as Marilyn Monroe while a troupe of men in BDSM masks dance around her – and we’re already bracing ourselves for the wave of gay men who’ll be dragging it up in the anti-hero’s glittery new outfit this Halloween. As far as actual queer representation goes, it’s a bit hit-and-miss – you can read more about our thoughts on that here – but there are at least three openly LGBTQ characters in the movie, and plenty of sexual tension between villains Roman Sionis aka Black Mask (Ewan McGregor) and Victor Zsasz (Chris Messina).

Giant Little Ones (out on DVD from 10 February)

After acclaimed showings at the BFI Flare and Canada Now festivals, Canadian coming-of-age drama Giant Little Ones is getting a DVD release. The film follows best friends Franky (Josh Wiggins) and Ballas (Darren Mann), stars of the swim team and popular with the girls at school. Their lives seem perfect, but after a drunken intimate encounter at Franky’s 17th birthday party, both boys handle the transformative moment in different ways that threaten to tear their relationship apart. Franky’s journey of self-discovery is impacted by the fact his own father has left his mother for another man, while Ballas ‘outs’ his friend at school and turns to violence to deal with his confusing feelings. Like many queer indie films, it opts for subtlety and realism over dramatic moments, and deals with a number of sensitive issues including internalised homophobia, sexual assault, and gender fluidity. It also (refreshingly) never feels the need to label its characters, allowing them to exist as complex and nuanced people – much like in the real world.

The Thing About Harry (airs on Freeform on 15 February)

A new gay rom-com called The Thing About Harry is coming this February, and it looks adorable. Grey’s Anatomy actor Jake Borelli will star as Sam, described as a “handsome, funny, neurotic, intelligent young gay man who combines a scathing wit with an overly idealistic worldview”. The movie will follow Sam as he embarks on a road trip to attend an engagement party in his small hometown in Missouri, where he faced bullying for coming out in high school. He’s forced to make the journey with “uber-jock” rival Harry, played by newcomer Niko Terho, who’s described as “an emotional uncomplicated, promiscuous player who has always left a string of broken hearts in his wake”. When Sam learns that Harry has come out as gay since they left high school, and the two are stuck spending the night at a roadside hotel, the potential for romance blooms. The Thing About Harry will also star Queer Eye’s self-help guru Karamo Brown as Paul, a “well put-together yet overbearing and pretentious gay man”, and GLOW’s Britt Baron as Sam’s best friend Stasia.

The first feature film from menswear designer Lucio Castro, End Of The Century, follows Argentinian Ocho (Juan Barberini) as he vacations at an Airbnb in Barcelona, dining alone, people watching and spending time at the beach. There, he catches eyes with the handsome Javi (Ramon Pujol), and eventually works up the courage to invite him to his flat. What starts as a casual hook-up turns out to be a reunion two decades in the making, as a flashback to 1999 reveals the two men had met before, and helped each other discover their emerging sexuality. Javi – who admits he tried and failed to find Ocho over the years – is now married with a child, and the rules of their open relationship means he can only spend one night with his reacquainted friend, but that won’t stop Ocho imagining what their lives could have been like together. Transcending time, and echoing previous queer favourites like Weekend and Call Me By Your Name, the film perfectly captures the fleeting nature of romance and the regret of a love left unexplored. It’s a gentle-yet-powerful story that will stay with you long after the final, gorgeous shot of Barcelona’s skyline fades from the screen.

Portrait Of A Lady On Fire (in cinemas from 28 February)

Portrait of a Lady on Fire made history when it screened at the Cannes Film Festival, with Céline Sciamma becoming the first ever female director to win the coveted Queer Palm award. Set in France in the late 18th century, the historical drama tells the story of a forbidden love affair between Héloïse (Adèle Haenel) an aristocrat, and Marianne (Noemie Merlant), a painter commissioned to paint her portrait. Sciamma’s minimalist storytelling really pays off in a moving film that explores the forbidden relationship between the two women, from Marianne painting Héloïse before the couple’s first kiss as their relationship steadily grows more intense. The film is finally reaching British shores this month, four months after its French release, and trust us when we say: you will not want to miss this masterpiece of a film.

Related: 13 amazing LGBTQ films that actually have a happy ending