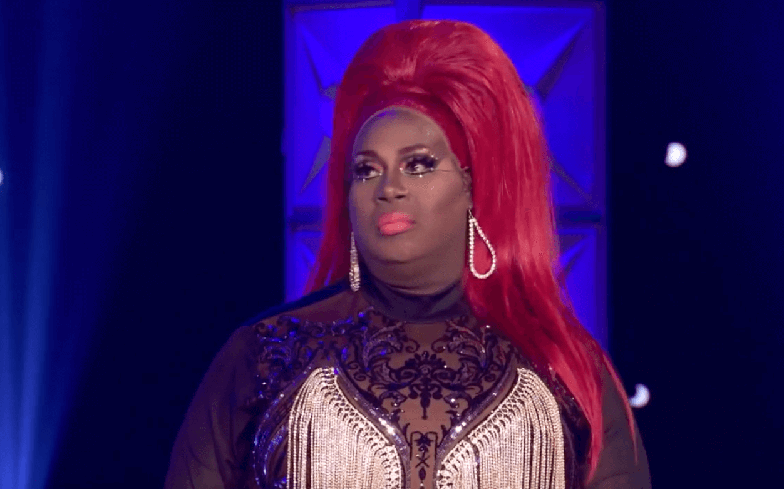 “Excuse me, these two are loud as fuck.”

Latrice Royale is not impressed with her fellow competitors in the preview for Drag Race All Stars 4.

In the upcoming fourth episode, in a salute to all things Jersey, the All Stars plead their cases before “Judge” Michelle Visage in an unscripted courtroom parody, titled ‘Jersey Justice’ – with extra special guest judges: Zoe Kravitz and comedian Erica Ash.

The teams are as follows: Naomi Smalls and Manila Luzon, Valentina and Trinity The Tuck, with Latrice Royale, Monét X Change and Monique Heart in a thruple.

In the preview, the latter three rehearse for their upcoming scene, and Latrice has had it with her teammates.

“Excuse me, these two are loud as fuck,” says Latrice. “This can easily go south when one or two overpower another, so I’m screaming!”

Are we about to witness some more romper room fuckery? Is Latrice in trouble?

Trinity also reveals who she would’ve sent home had she won the lip sync, and her answer surprises, well, no one.

The trailer for the fourth episode also provides us with a preview of the queen’s performances, followed by a furious Valentina in the werk room as she tells the other contestants: “I am deeply offended!”

We then witness Manila crying on Latrice Royale’s shoulder (presumably after the critiques on the main stage), and an altercation between Valentina and Trinity, where the Miss Congeniality openly admits that she’ll send home her season nine bff if she falls into the bottom two…

LORDT! We are (not) ready for all this drama! Watch the preview for the fourth episode of Drag Race All Stars 4 below.