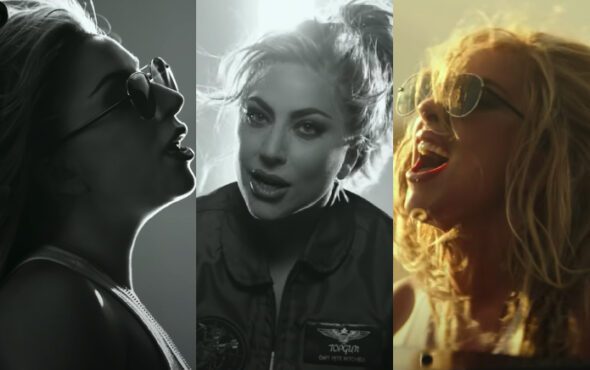 Lady Gaga has released her emotional video for her new track, Hold My Hand.

For the last few months, fans have been eagerly awaiting new music from the Bad Romance singer.

In April, Gaga surprised fans when she announced that she would be releasing a new song for the forthcoming movie Top Gun: Maverick.

“When I wrote this song for Top Gun: Maverick, I didn’t even realize the multiple layers it spanned across the film’s heart, my own psyche, and the nature of the world we’ve been living in,” she wrote on Instagram.

“I’ve been working on it for years, perfecting it, trying to make it ours.

“I wanted to make music into a song where we share our deep need to both be understood and try to understand each other—a longing to be close when we feel so far away and an ability to celebrate life’s heroes.

“This song is a love letter to the world during and after a very hard time. I’ve wanted you to hear it for so long.”

A week after her initial announcement, Gaga dropped both the track and its powerful accompanying music video – which perfectly encompasses the song’s message.

At the start of the visual, the Stupid Love singer channels her inner 80s queen as she sings against a fighter jet with a sleek pair of aviator glasses.

In case you were wondering if the plane in the #HoldMyHand video was CGI… it was real! And we did it over and over and over 😎 https://t.co/nZdpIIGTC6 pic.twitter.com/znsrynQepi

As the video continues, clips from the aforementioned movie are shown while Gaga passionately sings lyrics such as, “I see that you’re hurtin’, why’d you take so long, to tell me you need me?”

Alongside the video’s emotional black and white shots, the star plays the piano while fighter jets fly over her head.

From start to finish, the video gives a respectful nod to the countless 80s ballads that came before – like Berlin’s classic hit Take My Breath Away.

Shortly after the video was released, fans took to social media to praise the artist for her emotional release.

Another fan tweeted: “Lady Gaga’s “Hold My Hand” music video was made for ARTPOP stans and you can’t tell me otherwise.”

Check out Lady Gaga’s video for Hold My Hand here or below.