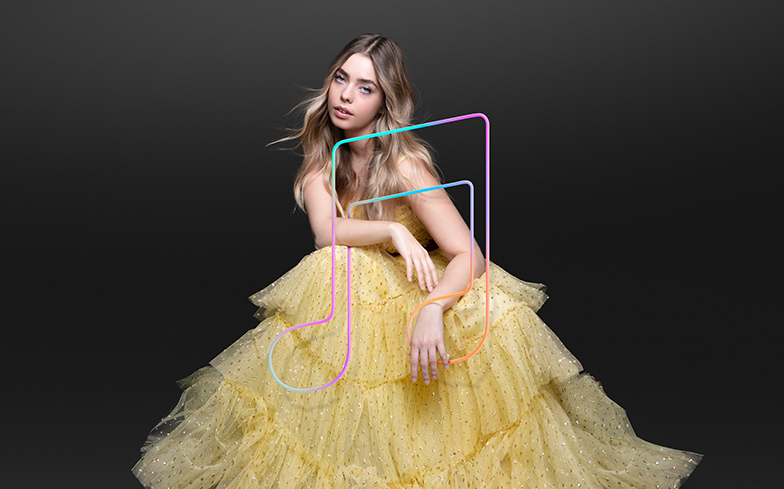 We may have only just entered a new year, but the world is about to be blessed with its first massive pop anthem of 2020, courtesy of L Devine.

After delving into funk-driven waters on Naked Alone, a massive bedroom anthem that saw her proclaim “all I really need is some sex” to fight off the loneliness, and taking us back to the 80s on the vocoder-bathed Peachy Keen, which brilliantly interpolates the synth line from classic track Bette Davis Eyes, L Devine is doing January right with another infectious single called Boring People. Like the title suggests, the song examines the monotony of life over dreary beats – but in a way that shows how similar we all are, rather than criticising others for their choices. “Might watch paint dry, and reminisce about when I was a child, get low, get high, my dreams are the same as my problems,” she sings, before launching into an anthemic chorus that skewers the 9 to 5 lifestyle and drinking coffee to fight off sleep. “We’re boring people, boring lives,” she laments.

“The inspiration came from the concept that we’re all the same. No matter how different from each other we think we are, we’re all going through the same shit,” she tells us. “I made a point of the verses being super introspective and calling out my own tendencies and the way I get bored of myself sometimes, and the shit I hear myself say. This was a chance to talk about myself a bit more, and then the chorus is a universal message.” Sonically, it’s different from anything she’s done before – but then, the same could be said about any song L Devine has released over the past year. Rather than settle on one genre or theme, she’s exploring her options with a singles-first approach to releasing music. “For me it’s not really a conscious decision,” she explains. “I’m just interested in so much music and I don’t really want to have to put a lid on what music I can make and I always want to try something new.”

This versatility was no doubt inspired by the music she was fed growing up – her dad listened to Motown and Soul, while her mother always played Fleetwood Mac in the house. At school, her friends listened to hip-hop and R&B, and in her own time she discovered punk music like the Sex Pistols and The Clash. “There were so many genres coming into my life, and I was in love with them all,” she says. But it was a new-found appreciation for pop that finally kick-started her own journey into music. “I became totally obsessed with pop music when I found out you could be a songwriter for a career,” she recalls, citing strong female artists like Robyn, Christine and the Queens and Kate Bush as inspirations. Still, while pop may have been the catalyst, L Devine doesn’t want to be restricted by one sound. “With streaming you don’t have to abide by genres anymore. It’s not like you have to go to the shop and spend £9.99 on one CD, you can listen to everything now. It’s kind of cool that we’ve come to this melting pot of genres, and artists can bend all of those boundaries.”

L Devine grew up in Whitley Bay in Newcastle upon Tyne. It’s not the most diverse place in the world, and like many queer people who’ve experienced small-town life, it can be stifling to feel like the only one who’s different. “I definitely didn’t find it easy, and I don’t think anyone does, even if it’s just your little secret, you’re battling that shame that’s been put upon you,” she admits, although she says she was lucky to have “so many loving and caring people” around her that accepted her. “I know that is not the case for so many people.” As she gained independence, she did what queer people have always done – she turned to the bright lights of the big city, moving to London and pursuing her music career. “Coming from a small town I didn’t feel like I could be as open about my sexuality as I could somewhere like London or LA,” she explains, “and I’m really lucky that I get to work in those places and have friends in those places because I’ve never felt like I can be more open about who I am than in a creative industry and in these places in the world.”

When we spoke to the singer-songwriter back in May, she said she never wanted to “capitalise or cash-in” on her sexuality, and was worried it would be used as a marketing narrative. Asked how she toes the line between exploitation and celebration – which, of course, is important for young fans looking for people similar to them – L Devine says she’s got a slightly different view on the matter now. “I think that was something I was worried about growing up and looking at the music industry from an outside perspective. I don’t want to be pigeon-holed or put in any boxes,” she recalls, “but I realise now that that’s actually pretty ridiculous and it’s not my problem, it’s just what society has told me, and it’s not something I can do anything about. I want to be known as an artist before I’m known as a gay artist, but also that is part of who I am.”

The uncertainty she felt looking into the industry from the outside almost put her off becoming a singer entirely. “When I was younger, I went through a phase when I didn’t want to be an artist at all, I just wanted to be a songwriter because I had this idea of what a pop star was and I didn’t think I fit into that,” she says. “I thought a female pop star was a girly-girl, all singing, all dancing, Britney-esque classic pop star and I just knew that wasn’t me at all. I definitely thought when I was a lot younger, when I was thinking about being a singer, I thought, ‘Well I’m going to have to say I’m bisexual so that I appeal to boys too’, which is completely ridiculous – and of course that’s completely changed now.”

Embracing her sexuality and being honest in her music has made her a visible role model for a new generation of queer people. On fan favourite track Daughter, for example, she chastises the mother of an ex-girlfriend who rejected her queerness and their relationship. “Trust me your ignorance don’t faze me, she’s my baby girl,” she sings. “It goes against everything you taught her, but I’m sorry miss, I’m in love with your daughter.” It’s true to her brand of truthful storytelling that comes straight from the heart, and it’s clearly had an impact on listeners. “I love to help people get through things, and that’s the best part of doing what I do is having people come up to me and say, ‘You’ve helped me so much with coming to terms with who I am’,” L Devine says. “Seeing how much songs like Daughter have helped people, I never want to shy away from that.”

There’s a reason why authenticity has become such a buzz word of late – whether it’s trans actors playing trans roles, or queer singers writing queer songs, stories told from lived experiences are far more relatable. But of course that doesn’t always happen. British singer-songwriter Charli XCX – who, by the way, called L Devine the “motherfucking future” of pop – recently took to social media to express frustration with the way women in the music industry are questioned on their ability to be in control of their own career. It’s another topic L Devine is passionate about. “It’s unbelievable when you realise how many songs by young girls are written by 40-year-old men, and I don’t think that’s because women can’t write songs, it’s because the A&Rs and people setting up these sessions aren’t giving people a chance to get in the room and write these songs themselves,” she says. “It’s just common sense that if you’re going to write a song for a young girl, then it should be written by a young girl too. I think that’s changing now, honestly in the past two years some of the most creative and inventive music has come from females. Billie Eilish is the perfect example of a super young girl who has set the tone for music completely in the past two years, and Rosalia as well, everyone is looking to those young women to see what the next big thing is.”

Queer women especially have held a significant place in music over recent years, breaking taboos around same-sex love and female sexuality in general. Again, they’re challenging years of female pop artists being told what to sing about or how to present themselves. “I think we’ve moved forward so much in the past couple of years,” L Devine says. She’s positive that things are getting better. “Even since I’ve started releasing music there are so many other queer females who have released music explicitly talking about women in their lyrics, there are so many examples I can think of like King Princess, Clairo, Hayley Kiyoko, Carlie Hanson, so many people. I definitely think we’re moving in the right direction.”

This year, L Devine says the records that have been on repeat for her are Lana Del Rey’s critically-acclaimed Norman Fucking Rockwell – “start to finish I was obsessed with that album,” she gushes – and Chris by French artist Christine and the Queens. “I’m a huge Christine And The Queens fan, the songs and visuals and the live shows, it all adds up.” As for her own debut album, it’s definitely on her radar, but it seems like fans might have a while to wait until it’s finally here. “Albums are really important to me and that’s definitely the kind of artist I aspire to be. When I make an album I want to go away and delve into a theme or a specific sound. For now, I’m not really there yet, I’m still having fun trying things out,” she says. “This year is gonna be about singles and getting music out there. It’s about consistency and relevancy.”

As we wrap up our interview, and with a year full of potential ahead, we ask a final question – how will L Devine know when she’s made it? “That’s a big, big question,” she laughs. “I guess the ultimate goal for me, even if it’s just a little smudge, is to leave a tiny mark on this big old music industry. I’d love to inspire people. I want other artists and creators to tell me that my music has inspired them. That’s the dream.” We’d say she’s already well on her way to achieving that.

L Devine is the fourth artist to be featured as part of a new collaboration between GAY TIMES and Apple Music called Elevate; a campaign to support and platform LGBTQ music talent as they break through into the mainstream.

L Devine’s new single, Boring People, will be available to stream on Apple Music from 24 January.