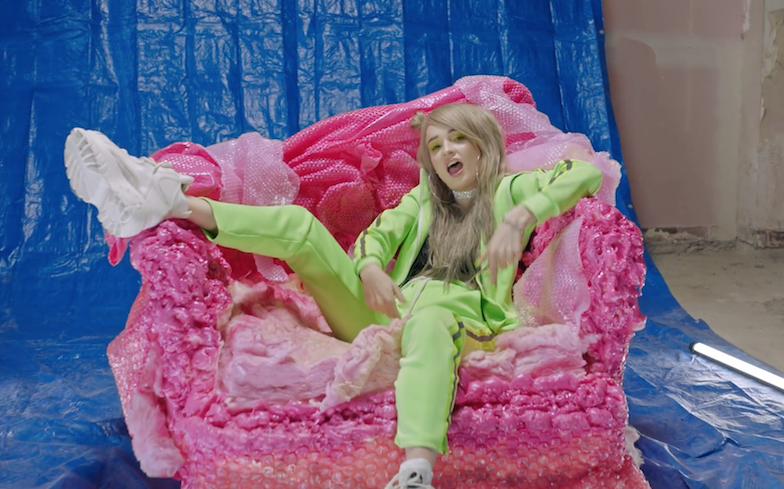 Your new weekend anthem is here…

Kim Petras has released the music video to her brand new single Faded, and it motherf***ing slays.

The German pop star is serving fashion-forward diva as she changes into several gag-worthy colourful outfits, including a scene where she dances on a rooftop in front a mural of, well, herself. Werk hunnay!

Kim is on the cusp of breaking through big time, having amassed well over 12 million streams on Spotify alone since launching her music career back in the summer.

She has been releasing a new song a month since August, including bops such as Hillside Boys, Slow It Down and I Don’t Want It At All.

We’re yet to receive a title or release date for Kim’s highly-anticipated debut album, but we’re hopeful it’ll be released some time this year.

Watch the faaabulous video for Faded below.

In the January 2018 issue of Gay Times, Kim opened up about her time in the spotlight.

At the age of 12, Kim started taking hormone blockers and began transitioning. Then at 16 years old, she became one of the youngest people to undergo gender confirmation surgery.

Kim’s transition was filmed for a documentary and broadcast in her native country of Germany, going on to make international headlines.

There has been much debate around the age a young person should be allowed to undergo gender confirmation surgery from certain corners of the media.

“I think the earlier the better,” Kim said to us. “I was very very sad at five years old because I realised I was going to have to go through male puberty. I clicked pretty fast on the whole thing.

“My parents had obviously seen me from when I was born and were like, ‘Yeah, you’re a girl – you’ve never acted in a different way.’

“What really calmed me down was that my parents were telling me at five years old that once I was ten we could actually do something and get hormone blockers.

“They said they’d do whatever it takes to do that. They helped me stay alive as a kid, knowing that we were going to do this and help me transition.”

Kim added: “It’s extremely important that people are educated about it – especially parents. It’s great when parents let their kids do it really early.”

You can read the full interview with Kim Petras in the January 2018 issue of Gay Times, which is available to buy here.