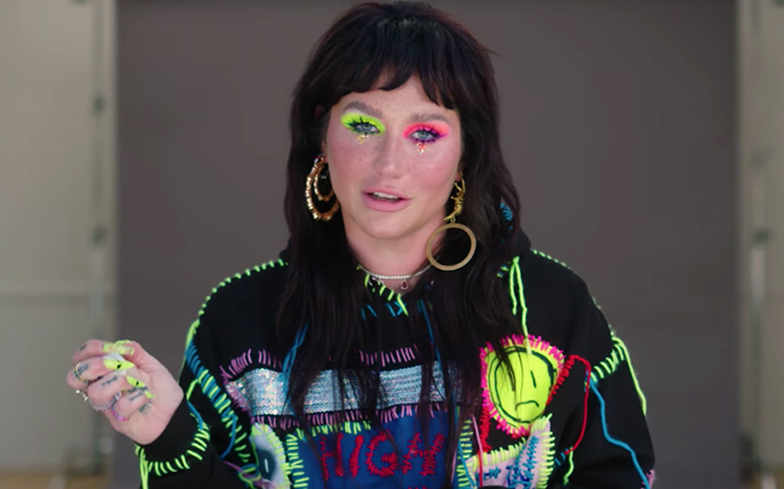 Kesha is a RuPaul’s Drag Race super fan just like us.

The pop superstar made a memorable appearance as a guest judge on the ninth season of the hit reality-competition series in 2017, but it turns out her relationship with one Drag Race queen goes all the way back to when she was 18 years old.

During an interview with Billboard magazine, Kesha was asked a series of random questions picked from a jar, including a request to decide on her favourite RuPaul’s Drag Race queen of all time – an almost impossible choice, we’re sure you’ll agree.

“That’s really hard, because everyone’s a winner in my book, especially anyone on RuPaul’s Drag Race,” she said.

“But a good, dear friend of mine is Detox. We used to hang out together when I was like eighteen, and do bad kid things. So she’s my queen.”

Kesha also revealed that her fourth studio album is due out this December, and it will see her revisit the “big pop sounds” that helped launch her career almost a decade ago with singles like Tik Tok and Your Love Is My Drug.

She’s been “writing the fuck out of some pop songs” with big names like Wrabel, Justin Tranter, Tayla Parx, Nate Ruess, and Imagine Dragons’ Dan Reynolds, so we’re expecting big things from the record.

“It’s the happiness that I began my career with. But it feels more earned and healthier than ever,” Kesha explained to Billboard.

“I dug through the emotional wreckage, and now I can go back to talking a little bit of shit. I really wanted to put a solid footprint back into pop music, like, ‘I can do this and I can do this on my own’.

“I don’t know if this is my last pop record, but I want to have one where I go out with a bang.”