Kelli O’Hara on The King and I, homophobia on Broadway, and being a 13 Reasons Why regular 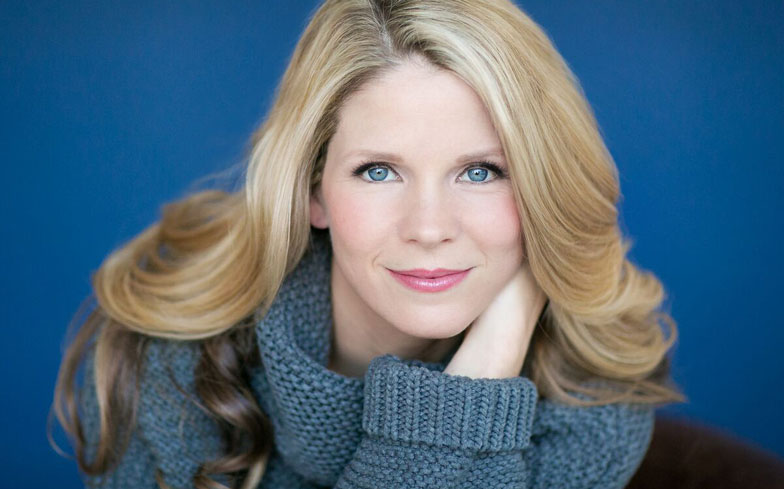 The American actress on the struggles of pushing minority stories into the mainstream, homophobia in New York, and her conflicting battle between being a 13 Reasons Why regular and being a mother.

On pushing for minority stories to be told:
It’s about educating an audience that wants to come to those things in New York. It’s producers being minded to believe in them – and pairing those things up. In business and art, they (investors) want to go towards the commercial and the making of money. We need to be telling real stories and trusting the audience wants to see them. To me, it’s about boldness and taking risks. What’s safe anymore? Even if it’s one person here and one person there taking these risks, it’s deeper and more realistic.

If New York and Broadway has an issue with homophobia:
The community doesn’t, but the ticket sales and… we need to work on our audience. Here’s what I hope: it’s not so much a concern in that we have to trust if you put it out there. I don’t think the community, the actors or the creators are homophobic because many of them are gay or LGBTQ. We can educate these audiences so we have more and more inclusivity. I feel like ignorance is the barrier now and if you can slide through that, you can change anyone. It seems hateful, but if we take the time to easily work our way, we can make little strides.

Related: Kim Petras on the importance of Pride: “Sometimes it feels like things are going backwards”

On the #MeToo movement changing the positioning of women:
It will change a lot of things. Whether it’s more women writing or men writing and listening to the women they’re writing for. You can say from your experience what you felt in those moments. The movement has impacted a woman to speak up. It will also allow the writers and creators to listen. It’s hard, but we have to learn to make more space for each other. There’s a lot of stories and a murmur about this big story that’s going to be coming out in the theatre. We have yet to see it, and I don’t think it just involves women but everyone who is a victim. I feel lucky. I’ve definitely had my moments, but I’ve also been lucky enough to work with some pretty decent people.

On making her West End debut this summer with The King and I at the London Palladium:
I’ve visited London before and I love it. It’s historic, rich and I’m looking forward to having my family here. I’ve never revisited a show again. Anna (her character in this show) was a lovely woman to play. She’s one of those people that gets richer with more experience and I don’t feel like she’s ever somebody that I could be finished with. I think the book of The King and I is strong for a woman which is extremely unusual for musical theatre. We have to bring parts of ourselves to it and her uncertainty – which a lot of people don’t always play – I love venturing into Anna’s vulnerability, and what it takes for a person to travel across the world with her child, and she’s a widow. I find her fascinating that she’s covering, and her strength is due to a great necessity to succeed. On 13 Reasons Why showing the ever-changing and ever-challenging reality faced by younger generations today:
This season… I was so shocked by what we’re seeing, and yet it exists in the real world. It’s heartbreaking for me as a mother of a son and a girl. I’m going to be one of those people that says it’s always important to talk about things and not to assume they don’t happen. I’m also one of those people that it hurts to see it, if I’m honest. It really hurts.

The power of television in showing the harsh reality of life:
One of the things we do as actors is wanting to go inside somebody’s mindset to understand or feel compassion. Even if you’re playing the bad guy, you have to believe in your circumstances in order to do it. You’re playing the guy to show how wrong it is. You’re playing to represent a realistic thing. You have to believe it’s right or live in those circumstances. Doing something like 13 Reasons Why, there’s conflicting feelings for me. It’s hard for me to think about my own children… there’s a world in which children can be naive. Then there’s a world in which kids are seeing more than you ever thought, so it’s a conflicting thing. I do think we have a real responsibility at times to think about the messages we’re giving. You don’t know how they’re (youth) taking it or what they’re experiencing at the time either.

I don’t want to give away season two but what happens to Tyler… we’re telling this story because it happens, but did a person see it and say, ‘That’s the worst thing I’ve ever seen – I’ll never let it happen’. Or did we encourage a boy to say, ‘Huh, that’s interesting – I think I’ll do that’. That’s my only concern – and the end of season one – I thought it was like that (gestures across her wrist to cut). I never knew it was like that (gestures down her arm to cut). We had a copycat. There was a kid. Are you educating them because you want people to know the pain people are suffering? But what about that one person who took it and learned an actual event they didn’t know about before.

Honestly, I thought it was across, so now I know how if I ever want to do it… As a person who is on the show, I’m an actress and love the way it was shot and lit, the performances. I want to be part of artistic things, but I have children and I say that I never want them to see that in real life. It’s interesting.

More information on The King and I can be found here.