Kehlani says she ‘finally knows she is a lesbian’ 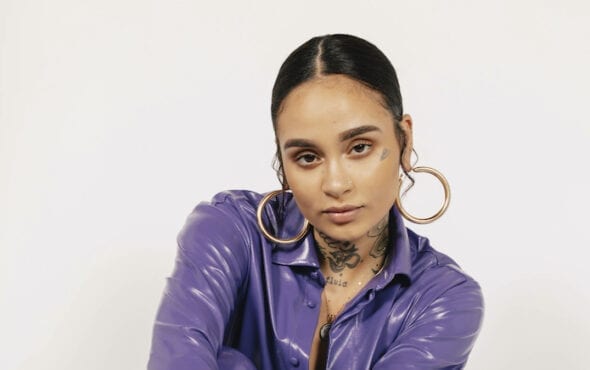 Kehlani, who previously publicly labelled herself as queer, has opened up about her sexuality on social media.

Singer-songwriter Kehlani revealed more about her sexuality in an Instagram Live video.

Appearing on-screen, the artist posed the question to her fans: “You wanna know what’s new about me? I finally know I’m a lesbian!”

Kehlani’s comment was backed by another speaker on-screen who playfully shouted “Bomb drop!” after the singer broke her news.

Last year, in an interview with Diva Magazine, the artist spoke out about her identity.

“I’m definitely on the non-binary scale. But I still prefer and am totally fine with the pronoun ‘she’,” Kehlani explained.

“My energy has always been extremely fluid between masculine and feminine so that’s why I use ‘queer’, and also, queer is inclusive to non-binary people.”

Kehlani recently came out says she likes to use she and they pronouns. While the Instagram Live video has gained traction, many fans have been celebrating the artist’s new label as a lesbian.

The singer-songwriter is yet to respond to the video or offer confirmation on her identity.

Her own debut, SweetSexySavage, charted at number three on the Billboard 200 and received widespread acclaim.

Fans have been positively reacting to the news of Kehlani coming out on social media and we’re here for it.

KEHLANI IS A LESBIAN? WE FUCKING WON pic.twitter.com/Bw8OFg20KT

kehlani coming out as a lesbian just made my day! actually no… week!!!!! wait no….. MY WHOLE LIFEEEEE

Kehlani went OFF and fed the gays! pic.twitter.com/RDfn54zOty

You can watch the viral moment of Kehlani speaking about her sexuality below.

KEHLANI CAME OUT AS A LESBIAN ??? HELLO pic.twitter.com/lRlxTpuJwc