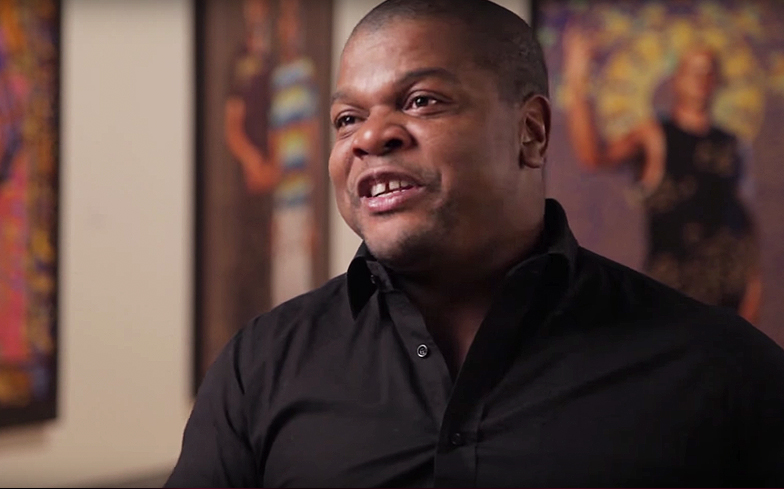 History was made this week when Barack Obama unveiled his official portrait at the Smithsonian National Portrait Gallery.

The striking painting of the 44th US president will now sit in the presidents section at the gallery, which was previously exclusively full of portraits of white men painted by white people.

The former president can be seen sat on a wooden chair wearing a suit and shirt without a tie while surrounded by green foliage and flowers on Wiley’s 84 inch-high canvas.

Former first lady Michelle Obama commissioned Amy Sherald to create her official portrait, with both Wiley and Sherald becoming the first African American artists to have works on display in this section of the Smithsonian National Portrait Gallery.

“In a very symbolic way, what I’m doing is charting his path on earth through those plants that weave their way,” Wiley said of his piece.

“There’s a fight going on between he in the foreground and the plants that are trying to announce themselves underneath his feet. Who gets to be the star of the show? The story or the man who inhabits that story?”

The New York-based artist has built his career on featuring young black men and women in his work using a classical European style.

Michael Jackson is just one of the huge stars who have previously commissioned Wiley to do a portrait of themselves, but he has also done portraits of Notorious B.I.G., LL Cool J, Big Daddy Kane, and Ice T.

Although Wiley identifies as gay, he has spoken openly about the fluidity of his sexuality in the past.

“I’m a gay man who has occasionally drifted,” he explained. “I am not bi. I’ve had perfectly pleasant romances with women, but they weren’t sustainable. My passion wasn’t there. I would always be looking at guys.”

You can take a look at more of Kehinde Wiley’s work as part of his A New Republic exhibition below: