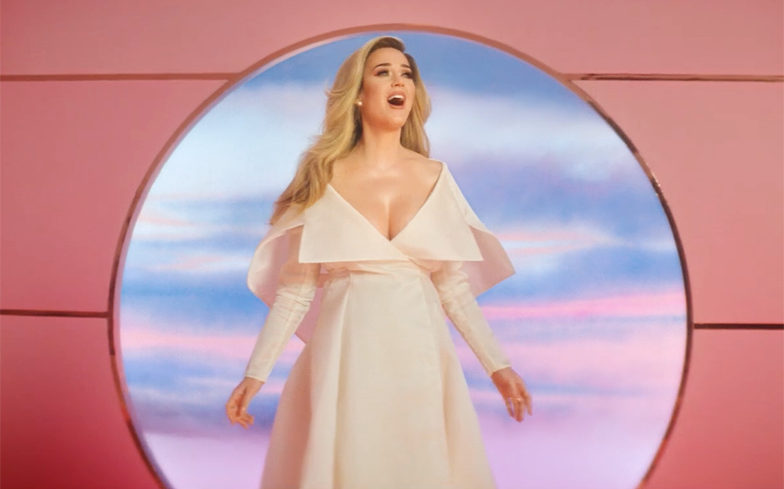 “Omg so glad I don’t have to suck it in anymore.”

Katy Perry has announced that she’s expecting a baby with fiancé Orlando Bloom.

The pop superstar revealed her growing baby bump in the stunning music video for her new piano ballad, Never Worn White, an ode to Bloom in which she laments, “I’ve never worn white, but I really wanna try with you. I wanna get it right.”

Shortly after its release, Perry joked on Twitter that she doesn’t “have to suck it in anymore” or “carry around a big purse.”

During a Q&A on Instagram live, the star also revealed that a new album will be coming this “jam packed” summer: “Not only will I be giving birth — literally — but also figuratively to something you guys have been waiting for.”

Perry hasn’t released a full-length studio album since 2017’s Witness, although she has released a string of successful pop anthems such as Cozy Little Christmas, Never Really Over, Small Talk, Harley’s in Hawaii and 365 (with Zedd).

It hasn’t been confirmed whether these tracks will be included on her upcoming sixth studio album.

Never Worn White is now available on iTunes and streaming services – watch the music video below.