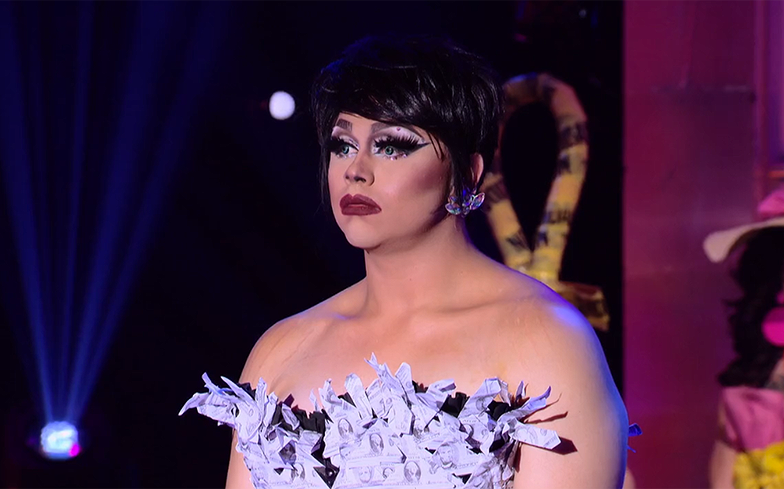 “You all get so f***ing hyped up on this shit of a drag competition on TV!”

The self-described “wicked stepsister” of the Kardashian family made a memorable impression in her debut for her twerk-tastic lip-sync to Christina Aguilera’s 2006 anthem, Ain’t No Other Man.

Her performance resulted in the elimination of breakout queen Vanessa Vanjie Mateo, which didn’t sit too well with Drag Race fans.

The uproar resulted in Kalorie making an official Facebook statement on the issue, and hennies, she isn’t happy…

“I’m officially done,” she vented. “You all get so fucking hyped on this shit of a drag competition on tv! GET HYPED ON SHIT THAT MATTERS! You don’t have this much passion for gun violence. Shit like that?!”

“You’re so mad Vanessa didn’t get to stay! Well god fucking dammit I was too! I was also mortified that Vangie had to leave. I wasn’t just crying because I was safe. I was crying because she was leaving. This hate, these hateful comments need to stop, negative opinion all need to disappear. You wonder why the world is, the way it is, look in the mirror.

“Be the change you want in the world. Online hate is going to get you nowhere. I may not have the best drag, it may not be as polished as some. But god dammit I made it to Drag Race. Did you? On your first try?? I think not. So stick that in your tea and drink it right up.” Related: Christina Aguilera had the most iconic runway entrance in Drag Race HERstory.