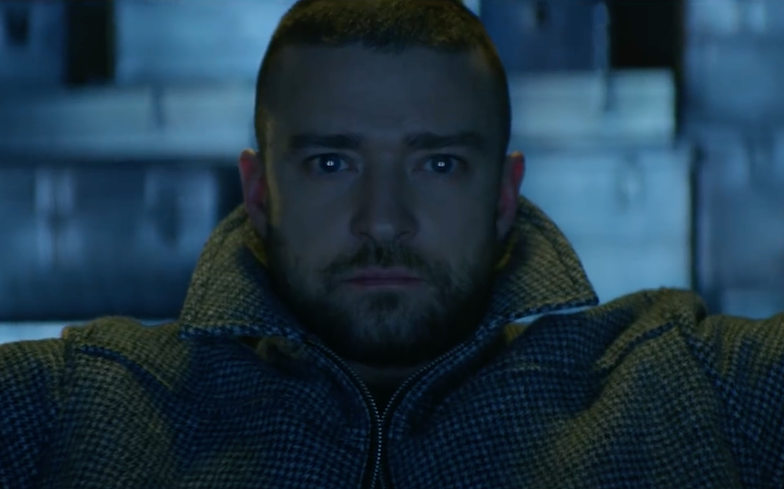 Supplies – produced by Pharrell – is the second single from JT’s upcoming fifth studio album, Man of the Woods.

American superstar Justin Timberlake has dropped another music video from his highly-anticipated comeback album Man of the Woods, and it’s a dystopian, Mad Max/Matrix-inspired clip.

The first scene in the futuristic video sees JT sitting in a lounge chair, as multiple TV screens show clips of various men in the media who’ve been accused of sexual misconduct, such as Harvey Weinstein, Kevin Spacey and Donald Trump.

The “woke” clip also features a woman sporting a “pussy grabs back” t-shirt – a slogan which became a rallying cry for female rage against Trump following vile comments he made last year of grabbing women “by the pussy”.

As the clip progresses, we witness sacred cults, apocalyptic wastelands, white crocodiles and a special appearance from the track’s producer, Pharrell.

Supplies is the second single from JT’s upcoming fifth studio album, which is due for release 2 February, two days before the star’s Super Bowl half-time show.

The teaser for the album had us wondering if Man of the Woods will be his Joanne era, as it showed the American singer/actor swapping the dancefloor for mountains, lakes, nature and dirt etc.

With Supplies and Filthy both being electronic tracks with futuristic videos, it’s obvious we were totally wrong – but as the era goes on, will we see a more stripped back JT? We’ll see…