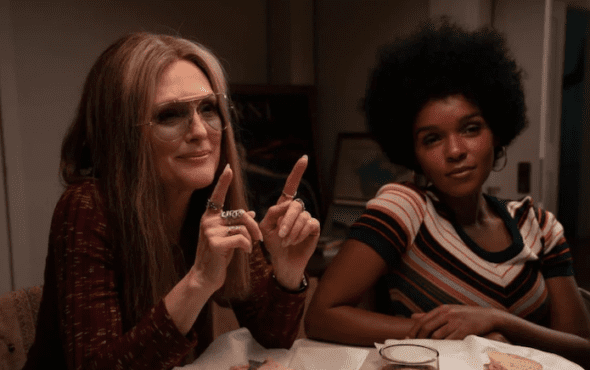 The first trailer for The Glorias is finally here.

The upcoming biographical film is based on Gloria Steinem’s 2015 memoir, My Life on the Road, which chronicles her work as a journalist, activist and leader of the feminist movement.

Told in a non-linear narrative, The Glorias will follow Steinem and her early days at Ms. Magazine in New York, her role in the 1960s Women’s Movement and the historic National Women’s Conference in 1977.

The role of Steinem will be played by Alicia Vikander between the ages of 20 and 40, while Julianne Moore will don her signature tinted aviators as the older Steinem.

In an interview with Harper’s Bazaar UK in 2019, Moore said the best part about filming The Glorias was being able to “spend some time with Gloria Steinem,” calling the activist “amazing – so smart, incredibly thoughtful, very open, unbelievably kind” and “able to speak with anybody.”

“Gloria is a true activist,” she explained. “It wasn’t until I was older that I really understood what Gloria had done and what she represented. How she was really able to assemble a collective of very diverse women’s voices.

“In the early Eighties people thought feminism was over, but now, my God, we’re dealing with third-wave feminism, which is extraordinary.”

Due to COVID-19, The Glorias is skipping a theatrical release and will now premiere 30 September on Amazon Prime – watch the first trailer below.