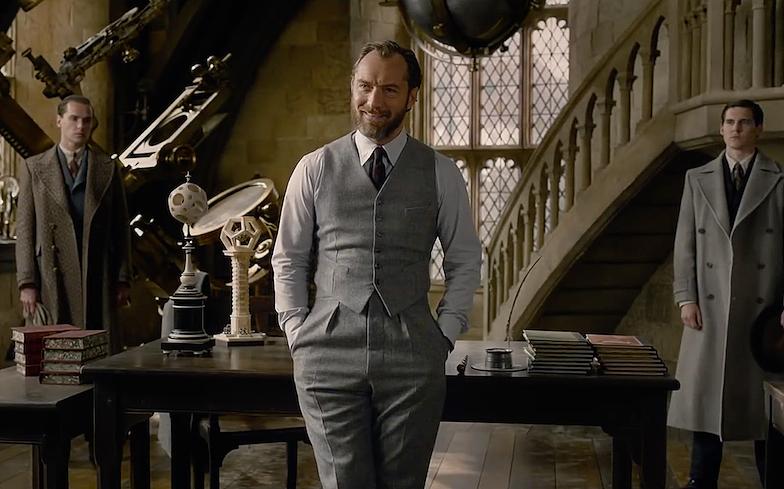 “I think the world is ready for it, and if it isn’t, it bloody well should be.”

Jude Law thinks the world is ready for a gay children’s icon.

During a recent interview for The New York Times, the British actor addressed the controversy surrounding Dumbledore’s homosexuality in Fantastic Beasts 2, after director David Yates said he wasn’t going to be “explicitly gay” in the film.

“This film is not about his homosexuality, nor does his sexuality define him,” he told the publication. “But that relationship is certainly a defining element of who he is and what he’s about.”

Jude continued: “I also don’t think he’s someone who has given his heart or his soul to many people. The aftermath of their relationship left him reeling, and he’s packed his heart in ice, to be honest, and no one’s quite thawed it.”

Fantastic Beasts: The Crimes of Grindelwald is out now in cinemas.

The sequel to the critically-acclaimed Potter prequel has grossed over $253 million worldwide (so far), and has received mixed reviews from critics.