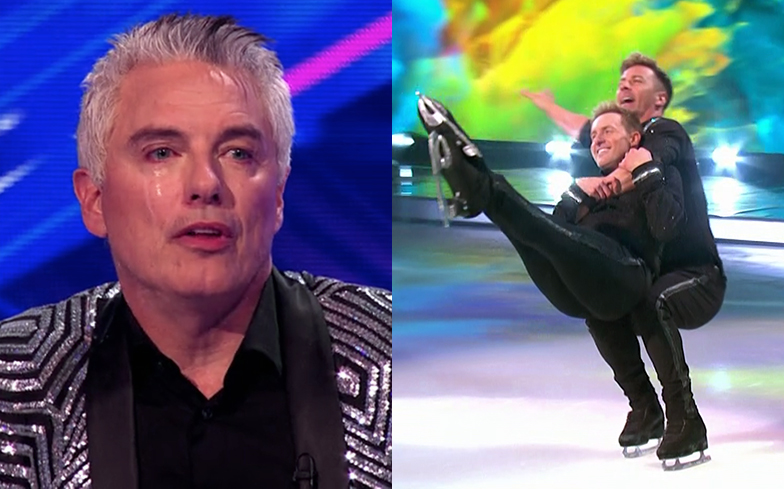 A new series of Dancing On Ice started on ITV this weekend, and it brought with it a groundbreaking moment that’s been long overdue.

After years of debate over whether BBC series Strictly Come Dancing should allow same-sex pairings to compete, rival ITV show Dancing On Ice has beaten them to it, as they paired Ian ‘H’ Watkins from Steps with veteran skater Matt Evers.

The duo debuted on the ice with an impressive performance to High Hopes by Panic! At The Disco in matching black outfits, earning a total score of 25 from the judges and even leaving newcomer John Barrowman in tears over the emotional moment.

“That makes me happy on a complete multitude of levels, just because of seeing two men who represent someone who is like me and to skate as well as you did, you’ve done it now, the nerves are out of the way,” said John.

The decision came after H asked about the possibility of being paired with a male professional, and the the production team on the show were “fully supportive” of the idea.

“[It was] emotional, because I have wanted this for so long and it means so much to so many people and the world is ready for this,” said H following his performance.

Skating partner Matt added: “I just have to say thank you to the network, thank you to ITV and thank you to everybody at home that is accepting of this because this is normal. This is absolutely normal.”

The pair made it through to the next week of the competition based on viewers vote,

Dancing On Ice returns on Sunday from 6pm on ITV.