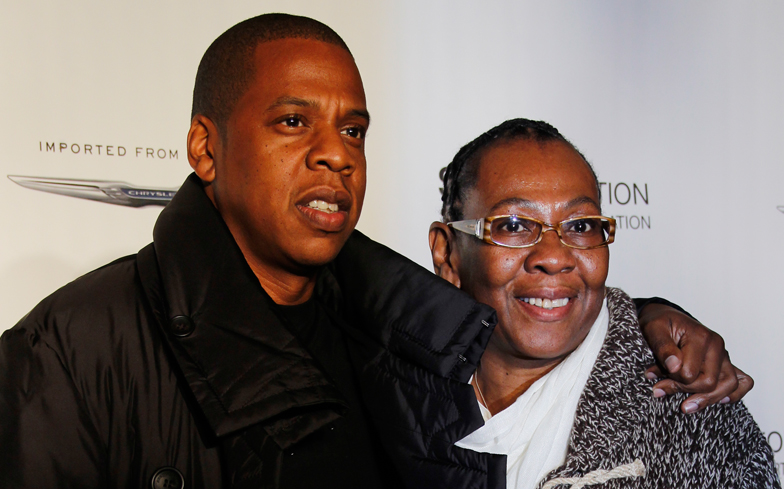 “I really cried. That’s a real story. I cried because I was so happy for her that she was free.”

Jay-Z has opened up about his mother’s coming out story for the upcoming episode of the Netflix show, My Next Guest Needs No Introduction with David Letterman.

The series – which premiered 12 January 2018 – features Letterman conducting longform conversations with a celebrity guest for an hourlong episode. The first three episodes include frank interviews with Barack Obama, George Clooney and Malala Yousafzai.

In the preview for the highly-anticipated fourth episode, Jay-Z tells Letterman he cried tears of joy when his mother Gloria Carter came out, because she could finally live life as her authentic self.

“Imagine having lived your life for someone else. And you think you’re protecting your kids. And for my mother to have to live as someone that she wasn’t and hide and like, protect her kids — and didn’t want to embarrass her kids, and you know, for all this time,” said the American rapper.

“And for her to sit in front of me and tell me, ‘I think I love someone.’ I mean, I really cried. That’s a real story. I cried because I was so happy for her that she was free.”

Jay-Z then reveals she officially came out to him during the process of his 13th studio album, 4:44. Smile – which features his mother – saw Jay-Z declare that he doesn’t care if she’s partnered with a “him or a her” as long as she’s happy.

Letterman asks whether this was when Jay-Z learned his mother was gay, to which he responds: “No, I knew. But this was the first time we had the conversation. And the first time I heard her say she loved her partner.

Jay-Z’s episode with David Letterman premieres 6 April on Netflix. Watch a preview below.