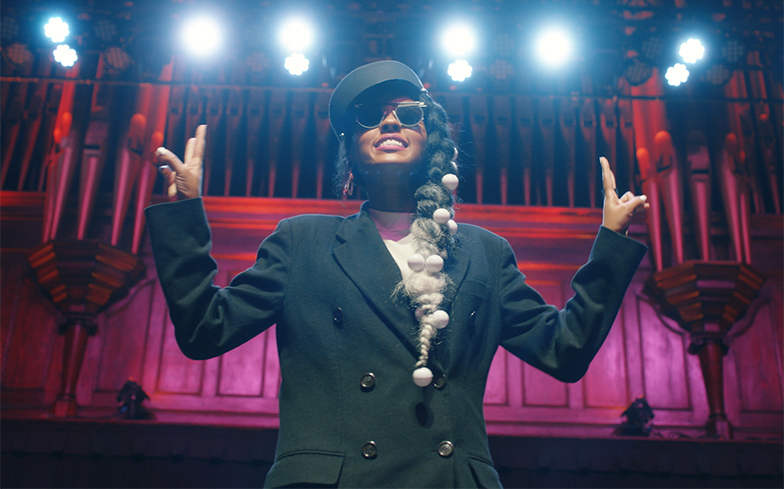 Janelle Monáe has teamed up with YouTube for a new documentary called A Revolution Of Love.

After a year that saw her address her pansexuality for the first time on record, receive critical acclaim for her third studio album Dirty Computer, and use her voice for political good, Janelle is reflecting on her journey to becoming a star.

Described as a “visual manifesto [of her] quest for love”, the film follows Janelle’s growth from a young girl singing in church to the award-winning artist she is today, and features interviews with family members and collaborators.

“Music can unite, no matter what political party you’re in, no matter what God you choose to serve,” says Janelle in the documentary. “You can absolutely connect with somebody over a good horn line.”

A Revolution Of Love is directed by Emma Westenberg, who previously worked on Janelle’s brilliant music video for PYNK, and is the latest in YouTube’s Artist Spotlight Stories series, which focuses on artists “pushing the boundaries” in their fields.

“There is power in seeing people in action, seeing an artist who does have messaging of empowerment and wants to contribute. If you want to become an activist, being able to see that is being able to be that. It’s like the revolution is being televised.”

Watch the short film below.