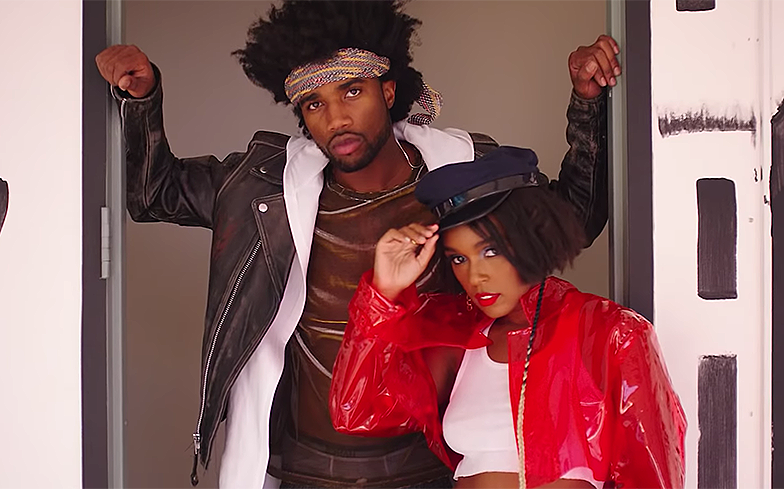 In the stunning video, Janelle and her companions throw a massive party in an abandoned building – looking fashionable-as-fuck, we should add – while attempting to evade a drone and masked guards.

Unfortunately, Zoë Kravitz is absent for the clip and a section of the energetic track is omitted, but Janelle is joined by her girlfriend, American actress Tessa Thompson, who previously starred in her videos for Pynk and Make Me Feel.

Watch the video for Screwed below.

Screwed is the latest single taken from Janelle’s critically lauded third studio album, Dirty Computer, which has received two nominations at the 61st Annual Grammy Awards, including Album of the Year.

Later this year, Janelle will perform at one of London’s biggest venues, Wembley Arena (2 July), followed by a show in Manchester two days later for their International Festival (4 July).

The acclaimed performer – who made her theatrical film debut in Hidden Figures – has also landed a role in the upcoming biopic of the abolitionist and political activist, Harriet Tubman.

She will star alongside Cynthia Erivo, who plays the iconic abolitionist and political activist. The film will follow her escape from slavery and heroism during the pre-Civil War era. Janelle’s role is currently unknown.

Related: Janelle Monáe feels she has a “responsibility to protect my brothers and sisters in the LGBTQIA+ community”.