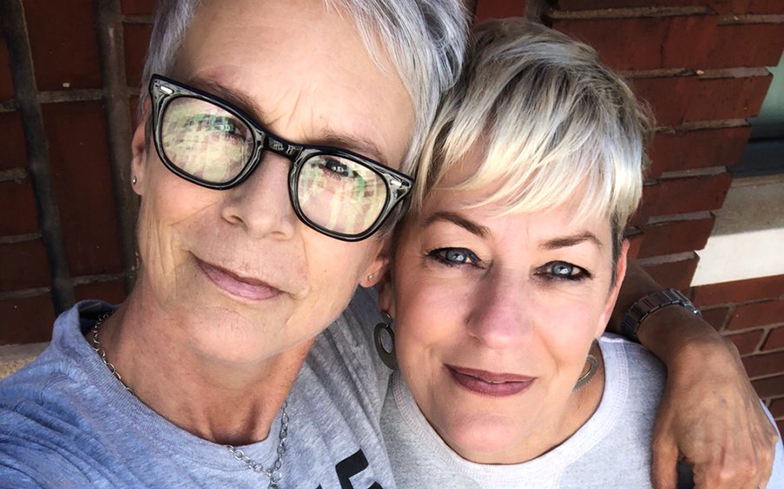 Jamie Lee Curtis is turning a heartwarming story of acceptance into a new film.

The star of Halloween and Scream Queens has confirmed she’s bought the rights to the 2014 memoir How We Sleep At Night, which tells the story of how Oklahoma woman Sara Cunningham came to terms with her son’s sexuality.

Cunningham rose to prominence last summer when she announced that she would stand in as a substitute mother for any LGBTQ people whose parents wouldn’t attend their same-sex wedding.

“If you need a mom to attend your same-sex wedding because your biological mom won’t. Call me. I’m there. I’ll be your biggest fan. I’ll even bring the bubbles,” she shared in a viral post on Facebook.

Back in September, Curtis tweeted a photo alongside Cunningham where she told her followers about the great work she does to help members of the community, sparking speculation that a new project may be in the works.

Now, Curtis has confirmed that she has bought the rights to Cunningham’s memoir, and will be turning it into a film.

Speaking to the Washington Post, Curtis said she had spent three days with Cunningham and her family last year, and was so inspired by her story that she decided to bring it to the big screen.

“I continue to be thrilled as her movement is catching on. I hope to do justice to her story and the story of so many marginalised people in the LGBTQ community,” she said.

“I saw the impact that her movement has already had, in and around Oklahoma City. It’s exciting to watch something that was born out of such conflict develop into something of such deep compassion and expansive acceptance.”

As well as offering to be a stand-in mother for same-sex weddings, Cunningham also founded a charity called Free Mom Hugs, which is “dedicated to educating families, church and civil leaders” about LGBTQ equality.