Jake Gyllenhaal stars as Mysterio in first trailer for Spider-Man: Far From Home 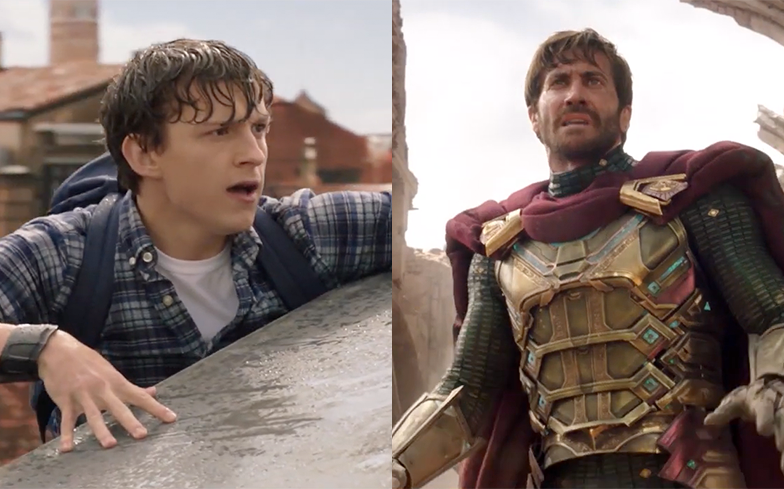 Sony and Marvel have released the first official trailer for Spider-Man: Far From Home.

The teaser clip sees the return of Tom Holland as Spider-Man and Zendaya as MJ, with the introduction of Jake Gyllenhaal as the iconic Marvel villain slash anti-hero, Mysterio. Samuel L. Jackson also reprises his role as Nick Fury.

The official synopsis for the film reads: “Peter Parker returns in Spider-Man: Far From Home, the next chapter of the Spider-Man: Homecoming series! Our friendly neighbourhood superhero decides to join his best friends Ned, MJ, and the rest of the gang on a European vacation.

“However, Peter’s plan to leave super heroics behind for a few weeks are quickly scrapped when he begrudgingly agrees to help Nick Fury uncover the mystery of several elemental creature attacks, creating havoc across the continent!”

The film is presumably set after the events of Infinity War and Endgame, the latter of which will hit cinemas this April. In the former, Spidey succumbed to Thanos’ snap, but he obviously wasn’t about to perish when he has a whole franchise ahead of him, y’know?

Spider-Man: Far From Home will be released in cinemas 5 July 2019.