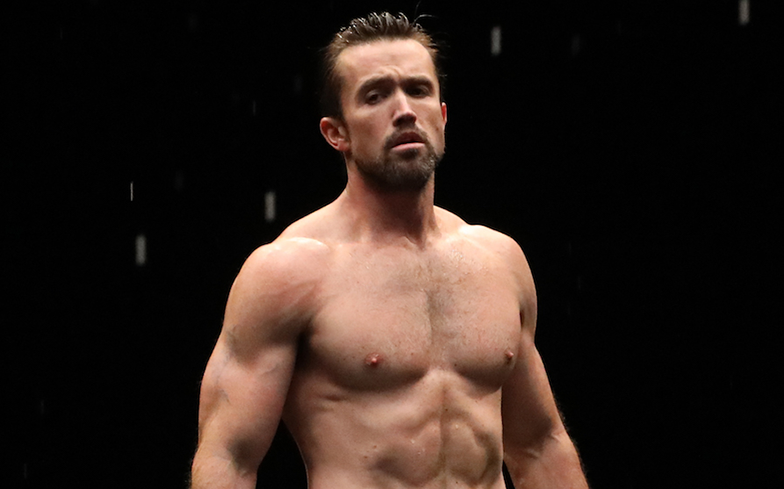 Throughout the first 11 seasons of the critically-acclaimed dark comedy, it was insinuated that the character was a closeted gay man due to his obsession with men’s physiques and his religious views on homosexuality.

In season 12, Mac comes out as gay, and an episode in the 13th season sees him come out to his father.

In a recent interview with Rolling Stone, McElhenney said the character’s homosexuality was “born out of his intense, ultraconservative, right-leaning principals” and that it worked “retroactively” when looking back at previous seasons.

“We always take whatever viewpoint any character has to the extreme,” he said.

“We have certainly mined plenty of comedy out of the extreme right and the extreme left. We were looking at Mac at one point, and I was like, “He is such an arch-arch Catholic conservative when it suits him, and when it doesn’t, he drops that.”

“And most of the people I know in that camp tend to be fairly homophobic. So we began going down that road: Let’s satirize that hard Christian conservative who is also intensely homophobic. OK, so what’s the next step from there?”

McElhenney said the show rarely panders to the audience, but because Mac was in the closet and “doubled down on his homophobia” to make it seem like he wasn’t gay, they decided to make him homosexual to “poke fun at the hypocrisy”.

“We weren’t creating a gay character for comedic effect, that was there just to be gay and to be funny because he was gay, but a very complex, very disturbed, very fucked-up and awful character, who happens to be gay. And we ran with that,” he continued.

After Mac came out as gay, he refused to acknowledge his sexuality and essentially went back into the closet. Fans complained about this, obviously, so the show’s creators wrote Mac to be more proud of his identity.

“I realized, “Man, that is a bummer. We had an opportunity there, and we screwed it up,” McElhenney added.

“And we ameliorated that in the season after, where Mac winds up coming out and staying out, and the response was so overwhelmingly positive, certainly from the people that we cared about, though of course there was a negative response.

“We were recognizing a part of our audience in a way that was not pandering, that wasn’t offensive or upsetting or a caricature.”

The 14th season of It’s Always Sunny in Philadelphia premieres 25 September on FXX.