Is Lady Gaga releasing 911 as the next single from Chromatica? 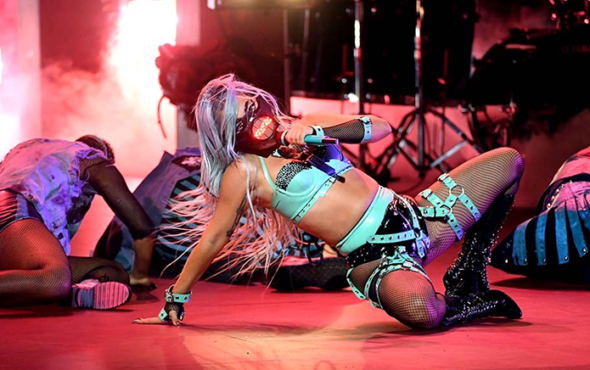 Since Lady Gaga blessed us with her highly-anticipated sixth studio album Chromatica back in May, it has been topping the charts as one of the best selling albums of the year.

After Gaga’s show stopping live VMA performance, featuring Rain On Me collaborator Ariana Grande, fans are speculating that the next single from the album could be 80s robo-pop track 911.

Gaga opened her VMA performance with fan-favourite tracks Chromatica II into 911. The transition between the pop anthems became a viral sensation online with fans labelling it as “one of the best transitions of all time”.

Although 911 is an up-beat dance track, the song is actually related to Gaga’s own struggle with her mental health. The lyrics “My biggest enemy is me, pop a 911” refer to an “antipsychotic” that Gaga takes.

When discussing the album during an interview with Zane Lowe, the star opened up about her mental health, stating: “I can’t always control things that my brain does, I know that. And I have to take medication to stop the process that occurs”.

Since the performance, 911 was added to Apple Music’s Future Hits playlist, with eagle-eyed fans speculating that it will be released later this month alongside a music video. Fingers crossed Little Monsters!

You can watch Lady Gaga’s acclaimed performance at the 2020 VMAs below.