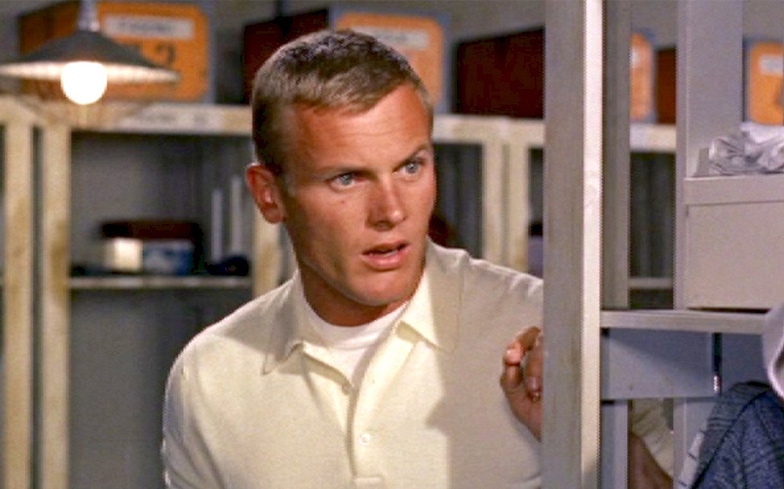 The star – who became a household name in the 1950s – died three days before his 87th birthday. A cause of death has yet to be announced.

Tab Hunter’s ascension to Hollywood royalty came at a time when same-sex sexual activity was still illegal in the United States.

Although it was decriminalised in select states in 1962, Tab continued to live as a closeted actor in Hollywood for the majority of his life.

He famously had a secret relationship with Psycho star Anthony Perkins, as well as figure skater Robbie Robertson.

In public, however, he was in a fictitious relationship with Natalie Wood.

Tab finally came out publicly in 2005 – over 50 years after starting his illustrious acting career – in his autobiography Tab Hunter Confidential: The Making of a Movie Star.

The actor was in a relationship with producer Allan Glaser for 35 years.

Tab opened up about his time as a closeted actor in Hollywood most recently in the Netflix documentary Tab Hunter Confidential.

Last month it was announced that J.J. Abrams and Zachary Quinto have started work on a new film that will explore Tab’s time in Hollywood.

Under the working title Tab & Tony, the Paramount drama will be inspired by Tab’s best-selling memoir, which documents his rise from boy-next-door to Hollywood heartthrob.

The movie will tell the story of Tab’s struggle to accept his sexuality during a time when being gay was illegal, and explore his three year relationship with fellow Hollywood star Anthony while being positioned to America as the ideal straight man.