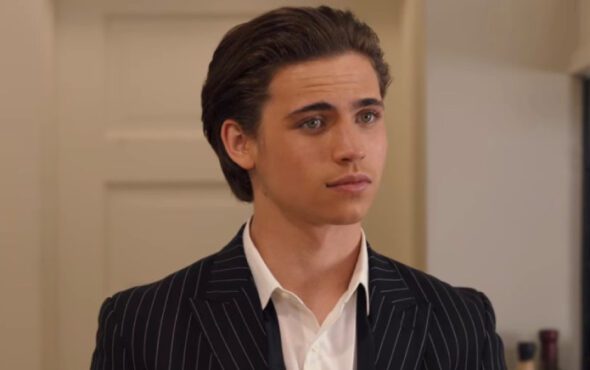 Cobra Kai star Tanner Buchanan has opened up about playing Robin in a live-action Batman movie.

During an appearance on Variety’s podcast Just for Variety, the 22-year-old actor revealed his aspirations to play the bisexual Boy Wonder Tim Drake.

“If I have the opportunity to represent something like that, that’s incredible,” he said. “If they’re willing to write it, then you know what? Of course, I’m going to play it.”

This isn’t the first time that Buchanan has expressed an interest in playing the popular DC character.

In an interview with Cinemablend, he opened up about his “specific” plan if he were cast in the role.

“I really want to play Robin to Robert Pattinson’s Batman. I’m very specific about what I want to do with that and then maybe go on to play Nightwing,” he revealed.

“I’ll go down a deep hole if I keep talking about superheroes, so I’ll leave it at that.”

Buchanan’s comments come nearly a month after the popular hero came out in the latest issue of Batman: Urban Legends #6 – which was written by Meghan Fitzmartin, illustrated by Belén Ortega and supported by colourist Alejandro Sánchez.

“Ever have a lightbulb moment? Like something out in the ether has been taunting you, teasing you,” the hero explained.

“Like you know you’re supposed to be on the same page as your brain but not everything made sense. People keep asking me what I want.

“But I couldn’t grasp it. Whatever it was. It always felt just out of reach. Until now. Until right now.”

In an interview with Polygon, Fitzmartin discussed her decision to explore the beloved character’s sexuality.

“I wanted to pay tribute to the fact that sexuality is a journey,” Fitzmartin said. “To be clear, his feelings for Stephanie have been/are 100% real, as are his feelings for Bernard. However, Tim is still figuring himself out. I don’t think he has the language for it all… yet.”

The DC Comics writer added: “I fully sat on the floor of my apartment for a solid two minutes in happiness as it sunk in … I hope it is as meaningful for others as it has been for me.”