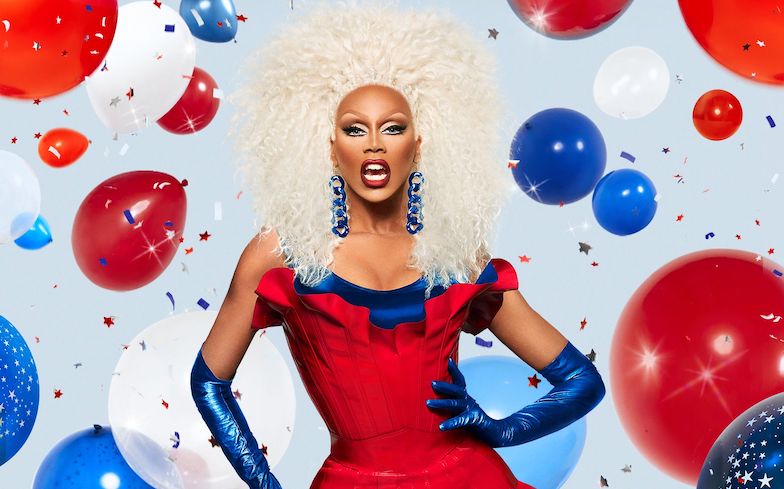 Although the global coronavirus has pandemic has put the entertain(t)ment industry on an indefinite pause, 2020 will be, without a doubt, the most gag-worthy year for the RuPaul’s Drag Race franchise to date.

In the first few months of 2020, Mama Ru made her Netflix debut in a brand spanking new series called AJ and the Queen (which was unjustly cancelled) and we were introduced to 12 legendary new queens for the latest Drag Race season.

But that’s not all… We’ll soon be gagging over another instalment of All Stars, as well as Drag Race UK, and some of the show’s most legendary contestants will be branching out for their own sickening spin-offs.

We spilt the T on all the charisma, uniqueness, nerve and talent (and synergy) that you can expect in 2020.

In January, RuPaul made her Netflix Original debut on AJ and the Queen as Ruby Red, a “bigger-than-life but down-on-her-luck drag queen” who travels across America in a rundown RV from the 90s; accompanied by a wise-cracking 11-year-old orphan called AJ. Each episode, Ruby visits a drag club and perform a “killer musical number” where she is joined by 22 legendary Drag Race contestants, including: Alexis Mateo, Bianca Del Rio, Chad Michaels, Eureka O’Hara, Ginger Minj, Jade Jolie, Jaymes Mansfield, Jinkx Monsoon, Jujubee, Katya, Kennedy Davenport, Latrice Royale, Manila Luzon, Mariah, Mayhem Miller, Monique Heart, Ongina, Pandora Boxx, Porkchop, Trinity The Tuck, Valentina and Vanessa Vanjie Mateo. Ru’s keeping it in the family honey! The Emmy-winner wrote and executive produced the show alongside Michael Patrick King, who is best known for directing, writing and producing iconic HBO comedy Sex and the City, as well as its two spin-off feature films. Josh Segarra (Orange is the New Black) also stars as Ruby’s “dark and dangerous” boyfriend while Katerina Tannenbaum (The Bold Type) plays Brianna, a “clueless hooker” with a deep connection to AJ. Michael-Leon Wooley (Dreamgirls), Tia Carrere (Wayne’s World) and Matthew Wilkas (Bonding) round out the cast. Unfortunately, the show was cruelly cancelled after one season, but it’s still worth a watch.

On 28 February on VH1, fans were introduced to 12 sickening new contestants on the 12th season of Drag Race. The queens for the season are as follows: Aiden Zhane, Brita, Crystal Methyd, Dahlia Sin, Gigi Goode, Heidi N Closet, Jackie Cox, Jaida Essence Hall, Jan, Nicky Doll, Rock M. Sakura, Sherry Pie and Widow Von’Du. However, after allegations of catfishing several men as an HBO agent called Allison Mossey, Sherry Pie was disqualified from the season. She will still appear in each episode, but will be edited out of confessionals; with only her runways and performance in the challenge given screentime.

Well halleloo! Drag Race legends Bob the Drag Queen, Shangela and Eureka O’Hara have landed their own HBO series titled We’re Here. It will follow the three sickening performers as they “inspire and teach their own ‘drag daughters’ to step outside their comfort zone” whilst travelling across the United States and empowering local communities. Nine Rosenstein, executive vice president of HBO programming, said in a statement: “Drag is about confidence and self expression. We are so thrilled to showcase the transformative power of the art form with our audience.” We’re expecting Drag Race meets Queer Eye, so don’t be shocked if this scoops a few Emmy’s. It will premiere 23 April on HBO.

RuIs there such a thing as too much Drag Race? Like Michelle Visage once said, “NO!” Earlier this year, Mama Ru announced a special celeb edition of the series titled RuPaul’s Secret Celebrity Drag Race. The four-part event will debut 24 April after the main show and will follow 12 celebrity contestants as they vie for the title of America’s Next Celebrity Drag Superstar, as well as a cash prize, which will be donated to the charity of their choice. The celebs will be aided by legendary former contestants such as: Alyssa Edwards, Asia O’Hara, Bob the Drag Queen, Kim Chi, Monét X Change, Monique Heart, Nina West, Trinity the Tuck, Trixie Mattel and Vanessa Vanjie Mateo. “RuPaul’s Secret Celebrity Drag Race is a blast,” RuPaul said in a statement. “We put these celebrities through it! Because no matter how famous your charisma, uniqueness, nerve and talent is, you still put your pantyhose on one leg at a time.” Which stars do you think have what it takes to be America’s Next Celebrity Drag Superstar?

It’s been less than a year since both Monet X Change and Trinity the Tuck controversially sashayed away on All Stars 4 with $100,000 doollahz each and a spot in the Drag Race Hall of Fame, yet it’s ruturning for another fierce instalment. With fan-favourite queens such as Shea Coulee, Jujubee, Miz Cracker, Alexis Mateo and Ongina rumoured to make a comeback, as well as a slight shift in the format which will see lip-sync assassins return each week, this could very well be the best season since All Stars 2. But will they top Read U Wrote U and that infamous Shut Up and Drive showdown between Alyssa Edwards and Tatianna? Whatever the case… no jury and just one winner please. It will premiere 5 June on Showtime.

Aussies, start your engines! Drag Race will be exporting its Emmy-winning format down under on ITV Studios Australia and it’s been confirmed to air sometime this year. David Mott, the channel’s CEO, commented: “Drag Race has moved on to being a show that captures the imagination of everyone, no matter their age or gender and we will commence discussing with potential broadcast and streaming partners shortly. It will be one of the most talked about and noisy formats next year.” It’s not been confirmed if RuPaul and Michelle Visage will return – maybe Courtney Act will assume the mantle? All we know for certain is – and we’re speaking on behalf of everyone ‘ere – Kath and Kim must appear in some capacity. It would be nice. It would be different. It would be… unusual.

The queens of the North are coming… OFFICIALLY. Last year, Drag Race Canada was confirmed as the latest international spin-off by World of Wonder and Ru. Later, it was ruvealed that season 11 runner-up Brooke Lynn Hytes will be a permanent judge on the series, making her the first contestant in HERstory to sit on a Drag Race panel. Joining Brooke will be UnREAL actor Jeffrey Bowyer-Chapman, who previously appeared as a guest on Drag Race, and Canada’s Next Top Model judge and runway queen Stacey McKenzie. Meanwhile, TV personality and host Traci Melchor will be ‘Canada’s first Squirrel Friend’ on the show, making special house visits to test the queens with some challenges and provide a dose of reality when needed. It will run for 10 one-hour episodes and will premiere on Crave and OUTtv.

Last October, RuPaul’s Drag Race UK premiered after years of anticipation to universal critical acclaim and quickly became an international phenomenon with over 10 million requests on BBC iPlayer. The Frock Destroyers even charted within the top 40 of the UK Singles Chart, making Break Up Bye Bye the most successful release from the franchise’s HERstory. The impact! So when it was announced that Drag Race UK will sashay, shantay and stay on the BBC for a second season, it came as a surprise to, well, no one. “This season’s queens proved that Britain’s got charisma, uniqueness, nerve and talent and I want to see more!” Mama Ru said in a statement. “Here’s to another season of love, laughter and light!” Kate Phillips, who works for BBC’s entertainment strategy, said the response to the UK series has been “nothing short of dragulous” and that viewers “have really taken the show and the amazing queens to their hearts”. If it follows in the footsteps of its predecessor, then season two should air on the channel in late 2020. However, the queens have already been chosen so we wouldn’t be surprised if they’re filming a maxi-challenge as we speak. Our fingers are crossed for EuRuvision, CoRunation Street and Ru’s Women…