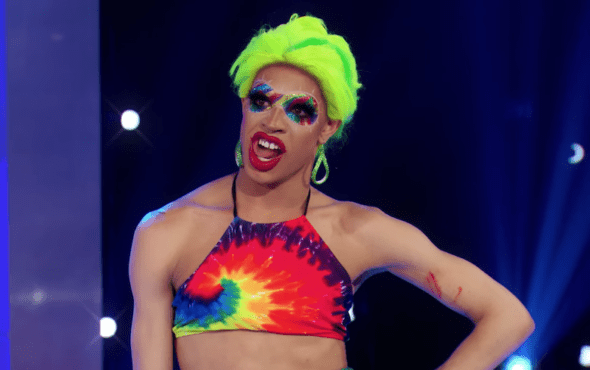 “You operate from a place of privilege where fashion and drag don’t have to speak to your life circumstances, especially not socioeconomically.”

Yvie Oddly has responded to criticism from fans as to why she wore so-called ‘garbage drag’ after winning RuPaul’s Drag Race season 11.

The star issued a statement earlier this week on Twitter following comments from fellow Drag Race star Katya in her new self-help book with Trixie Mattel, Guide to Womanhood.

In one passage, Katya revealed that she was “upset and unreasonably angry” over Yvie’s drag aesthetic at DragCon 2019, saying the star lacked the “prestige factor” that should come with the title of America’s Next Drag Superstar.

“Represent the brand! Carry the torch for a year! But if you’re firmly established with an aesthetic, all you’ve got to do it polish up a little bit, or present your best self,” opined Katya. “The bar is raised. But she went the other direction, and it seemed like… she was trolling.”

Katya continued to say that Yvie looked like a “side of guacamole with lashes”.

After the release of Guide to Womanhood, Katya’s comments made the rounds on social media and caught the attention of Yvie, who admitted: “I don’t disagree with her. I’m not blind.

“I have (critical) eyeballs and know that those looks were underwhelming, especially for what we expect from a winner… but… That was the point. 2 of them were a [middle finger emoji] to the world because I was already touring for 5 months nonstop and had only been crowned for 3.”

Yvie said the Drag Race fanbase were “upset” with her for “beating out the PERFECT competitor(s)” on season 11, “(impolitely) placing boundaries” for her physical and mental health, and for “not immediately glowing up” to show the best side of herself.

“When I made it on DR I was a very poor BLACK queen living in Denver with nearly 0 connections to the drag world at large, but I spent thousands of dollars and worked my hardest to make my art work,” she explained.

“When my season started airing (far) later nothing has changed. When it was time for the finale/my first DragCon the only thing that had changed were my connections so I spent the next 9 months paying back the debt of being THE FIRST winner of my kind since the show’s mainstream crossover.

“But from the DAY I won people assumed I was $100k richer and EXPECTED to see it in my drag. I was flooded with nasty dm’s and comments (especially after photogate) that almost always called me and my drag garbage. So I became that garbage!”

When she attended her first DragCon, Yvie knew she had to make a “statement” to those online trolls.

“If you refuse to see the ideals behind my choices then it’s because you operate from a place of privilege where fashion and drag don’t have to speak to your life circumstances, especially not socioeconomically,” she concluded.

Yvie’s fans rallied behind the star in the comments, praising her “resourceful, artistic and relatable drag,” while sharing their “life-changing” experiences with her in meet-and-greets.

“Meeting you even if it was 3-5 seconds, was one of the greatest memories I’ll ever cherish,” said one fan, while another wrote: “I’m so fucking thankful I’ve met you. You give so many people like myself hope that there’s a future for weirdos & those who are different.”