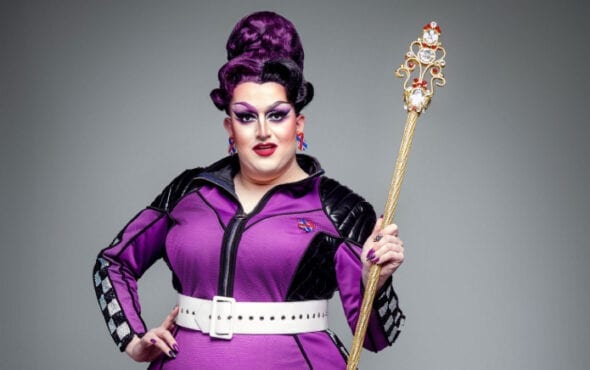 On the grand finale of RuPaul’s Drag Race UK, the legendary queen conquered over Bimini Bon Boulash, Tayce and Ellie Diamond, making herstory as the first Scottish and plus-size queen to win the competition.

Although it’s been seconds since her win, we asked Lawrence if she’ll ever embrace her inner Bebe Zahara Benet for a shock return to the werkroom. We’re greedy, sue us.

Over the years, there’s been demand for a Quarter Quell-esque season. With 13 seasons, five editions of All Stars, as well as spin-offs in Thailand, UK, Canada, Holland, Australia and Spain, there’s plenty of queens to choose from the winners’ circle.

If it follows a similar format to All Stars, then all RuPaul needs is ten willing participants. Sadly, it looks like Lawrence will not be one of them.

After we proposed the idea of a winners’ season, our reigning queen responded – without hesitation: “No. I will never ever do Drag Race ever again.”

When we pushed for a reason, Lawrence went on to explain: “It’s stressful! I was exhausted by episode two. That takes stamina!

“RuPaul’s 60-years-old and doing it better than all of us. How has RuPaul still got enough energy to walk the runway, host and do all of that stuff, and we’re exhausted halfway through the series? It’s mental!”

Lawrence’s answer echoes the sentiments from Bianca Del Rio, Trixie Mattel and Sasha Velour, who have all confirmed that a Drag Race winners’ season is unlikely for them, as well as James Ross, formerly known as Tyra Sanchez. However, there are a few queens who are eager to ruturn. We did some extremely important, drag-related detective work to find out which of the winners would sashay back into the werkroom to win the crown of all crowns – see here.

In our interview with Lawrence, the star addressed her critics and said she doesn’t endorse “being bigger or fatter,” and that she just wants to use her platform to advocate for body positivity, “whether you are thin or large”.

“You’re not hurting anyone. Your size isn’t hurting anyone else. So, why is it anyone else’s problem? I’m just really proud that I was able to bring a crown home for Scotland,” she told GAY TIMES after her win.

“We lost a crown when Mary, Queen of Scots went, but I’m just really glad I’m able to bring a crown home!”

You can read our entire interview with Lawrence Chaney here.