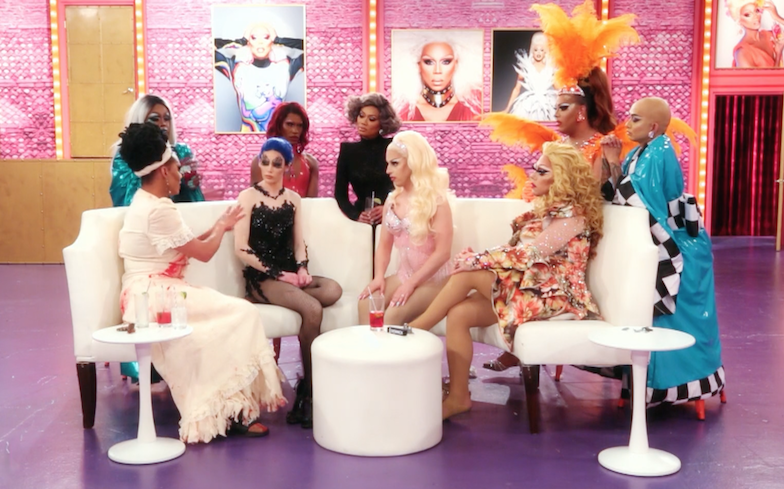 One queen is in trouble next week…

Drag Race Untucked has revealed who the queens chose to eliminate on this week’s episode of All Stars 5.

The fifth season of the acclaimed spin-off premiered last night, welcoming back 10 legendary former competitors who will battle for that coveted spot in the Drag Race Hall of Fame, as well as that cash prize of $100,000 doollahz.

For this week’s maxi-challenge, the queens competed in the annual All Star talent show (disguised as a Werq the World Variety Extravaganza), boasting more jaw-dropping lip sync performances, dance numbers and live singing.

Derrick and Mayhem fell in the bottom two, while India conquered over her competitors to earn her first win of the series. That’s when RuPaul ruvealed this season’s twist: there will only be one winner of the maxi-challenge and they will lip sync for their legacy against another ruturning Drag Race contestant slash lip sync ASSASSIN.

If the All Star wins, same rules apply as past seasons: they win a cash prize tip of $10,000 doollahz and the power to chop one of the bottom queens.

But if the lip-sync assassin wins, the eliminated queen will be determined after a majority vote from the rest of All Stars 5 cast, and the $10,000 will roll over until the next competitor wins a lip-sync. Yep, a gag.

Yvie won and unveiled the name on the lipstick: Derrick. Untucked, which has finally ruturned to All Stars after a three season absence, saved us from waiting until next week and showed who each queen chose to eliminate.

Every single competitor chose to chop Derrick, bar Derrick (obviously) and… Jujubee. Will she tell Mayhem next week, or will she channel her inner Bebe Zahara Benet and refrain from ruvealing her choice out of “respect” for DeLa?

Whatever the case, there’s gonna be some drama and conflama on week’s episode and we… can’t… wait.

RuPaul’s Drag Race All Stars 5 – and Untucked! – continues next Friday in the United States on VH1 at 8pm. The premiere and the second episode will be available to stream next Saturday on Netflix for UK viewers at 8am.