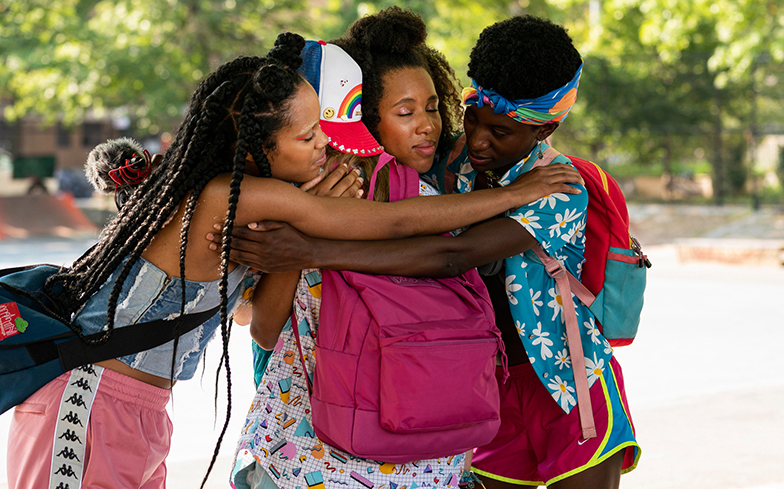 Betty has found a UK home.

The new queer-inclusive HBO series follows a diverse group of young women navigating their lives through the predominantly male-oriented world of skateboarding, set against the backdrop of New York City.

When they’re not smoking weed or performing flips and tricks on their skateboards, the series sees the characters delve into societal issues such as race, gender, class and sexual assault. It’s an authentic portrayal of the struggles faced by young women in 2020.

“These things need to be talked about even if it’s hard,” Dede told us, to which Ajani added: “There were a bunch of things we wanted to address because it feels like the media doesn’t deal with it in an emotionally safe way.”

Ahead of Betty’s premiere, we caught up with the show’s stars to discuss how their real-life experiences impacted the series, and the importance of exploring female perspectives in male-dominated industries – you can read that here.

Betty will be available on Sky Comedy and streaming service NOW TV from 9th June 2020.